Home Issue 2 Cops @ bottlos: Give us the numbers!
Issue 2Volume 25

Cops @ bottlos: Give us the numbers! 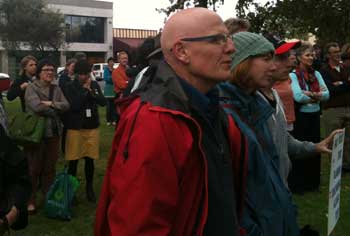 Sir – We believe that gaps in the presence of police at the town’s bottle shops has led to a significant increase in alcohol related harm, including emergency department presentations. The public is entitled to know how the gaps in police attendance are affecting health and safety.

On one morning last week about twenty heavily intoxicated people were in ED. On this same morning there were two people in Intensive Care with life threatening stab wounds. This is on top of a tragic and apparently alcohol – related suicide in the same week.

Alice Springs used to be the stabbing capital of the world and we have regressed very rapidly as a result of the change in police policy and practice.

We need access to the data in real time so we can see what is happening, including whether there has in fact been an increase in grog related deaths and injuries in Alice Springs. We urge the NT G overnment to make the information available at least from the hospital, so the real effects of the lack of a full police presence can be gauged.

The police are now occupied with Operation Haven, checking DV orders and people on the Banned Drinkers’ Register.

This should be in addition to and not instead of police on bottle shops, which is the proven most effective preventative measure.

Police have advised that it will not be until Christmas that the new licensing auxiliary system will be in full force at all the town’s outlets.

If the police are making an operational judgement that they do not need to cover the outlets full time, the public is entitled to know the consequences for health and safety. We need to have absolute transparency and currency on data.