Home Issue 11 New attraction while we can't look after the ones we have?
Issue 11Volume 24

New attraction while we can't look after the ones we have? 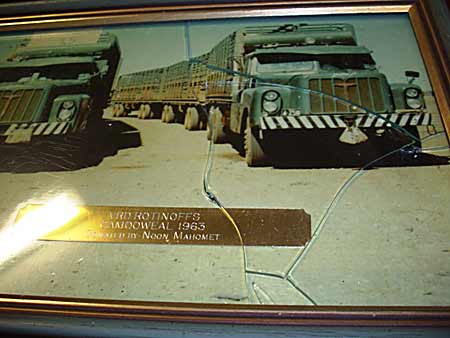 The possibility of break-ins and vandalism being major contributing factors to the removal of the National Road Transport Hall of Fame is an unfortunate and worrisome prospect for Alice Springs.

It throws into stark light the scale of the impact that these deeply entrenched problems are now costing our community.

The Hall is a major asset for Alice Springs and The Centre, and its absence will hurt our economy at a time we can ill afford to lose such an attraction.

Unfortunately there is now a long history of the impact that petty crime has had in the vicinity of the Hall, even from long before that facility was established.

For example, I’ve come across a brief report published in January 1985 about the effect of vandalism at the drive-in which warned of its possible closure as a result. Of course there were other factors contributing to the decline of the drive-in at the time but clearly the situation wasn’t helped with having to deal with petty crime.

Another report I stumbled across was published in early September 1988, a litany of theft and vandalism across town but was headlined with the damage caused by vandals to a carriage at the Old Ghan Siding, less than a month after an open day fete and shortly before its official opening in early December.

The Drive-in closed its gates for good in November 1988, and the Old Ghan fell into a deep hole by the early 1990s and was only saved by its inclusion with the National Road Transport Hall of Fame.

Now it seems that despite its popularity and success, the NRTHF is at substantial risk of repeating the desolate history of that area.

There is a dreadful irony here in that we’re engaged in debate and discussion about where to locate a National Iconic Indigenous Art Gallery when suddenly we’re confronted with the loss of an existing major attraction. 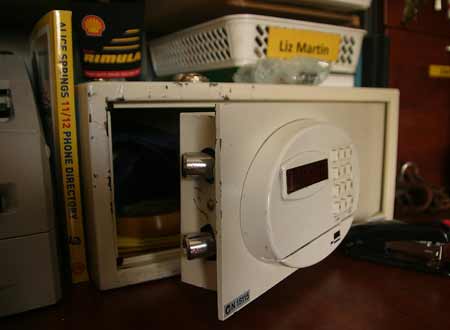 What is the point of holding out the promise of poorly defined visionary projects when we can’t seem to support and hang onto what we’ve already got? Clearly the NT Government has to re-prioritise its agenda on these matters – the NRTHF is just one of many places that require assistance.

It’s ironic that some people, including the Member for Araluen, Robyn Lambley, have suggested the old drive-in site could be considered for the National Iconic Indigenous Art Gallery, just a short distance from the NRTHF – talk about give and take!

And, as history is a firm guide to the future, if the Indigenous Art Gallery was built at the old drive-in site it would surely be plagued by the same problems that have long afflicted other enterprises in that area.

The reality is simply this – we live in economically troubled times and it is inopportune, to say the least, to be considering spending large sums of taxpayers’ dollars on visionary projects which cannot be assured of being the major attractions they are promised to be, while allowing so many of our existing attractions to wither and die for lack of adequate funding and support.

Let’s get the foundations laid properly first before building castles in the sky.