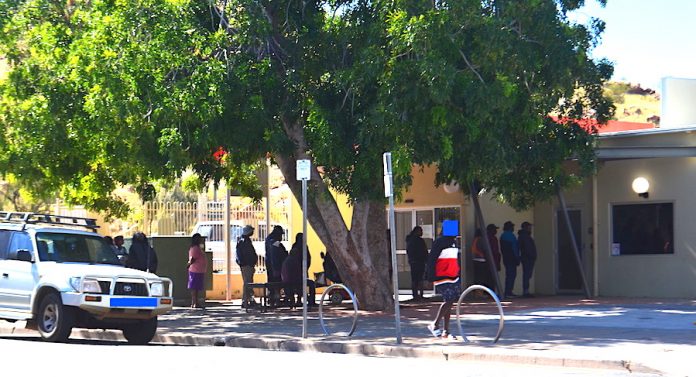 The terrible state of Aboriginal community living standards, particularly in relatively remote regions, shows up starkly in social indicators such as life expectancy, infant and maternal mortality, the incidence of disease and increasing levels of violent crime.

These primarily result from a lack of economic development which in turn is largely the result of grossly inefficient and ineffective government programs.

Past emphasis on welfare policies has not led to any improvement even though an estimated 90% of the income of Aboriginal communities in the Northern Territory comes from the Commonwealth and Territory Governments.

Vast amounts of taxpayer moneys have been spent in a pointless attempt to solve the problems rather than recognise, and act upon, the more complex interrelationships necessary to achieve economic and human development and growth.

Associated with this approach to Aboriginal development is a dependence by governments on welfare arrangements.

Bob Beadman has committed much of his life to trying to improve the social, economic and human condition of Aboriginal peoples living in remote regions. It is a great pity that governments have been far too timid to grasp the nettle, and to try to make things happen, rather than simply watching the disaster unfold.

Mr Beadman has pointed out the need for substantial changes should not be dominated by those with little awareness and knowledge of what it is actually like to live in a remote Indigenous community, but who live in urban centres and cities, for example, with vastly more infrastructure, employment opportunities and sophisticated, developed economic systems.

In May 2009 the NT Government announced Working Future. This aimed to build on the policies, programs and targets included in national agreements, and identified 20 regional growth towns in the NT, that would be the focus of future human and economic development.

But since that time innovative and responsible policies related to Aboriginal economic development, within remote regions of the Territory, have been badly stalled. This has occurred under all successive governments at both the Federal and Territory levels.

Such failure has led to increasing social dislocation and worsening social indicators in a number of key areas, such as violent crime.

As the then Co-ordinator General for Remote Services, Beadman writing in 2009, was of the view that there is now almost universal acceptance that the “well intentioned plans of … Governments had unforeseen, perverse consequences for the human and economic development of Indigenous Australians, and that change is desperately needed”.

Now, some 12 years later, there has been little change and consequently the living conditions of remote Aboriginals have worsened into a nightmare scenario.

This is very hard to fathom given Australia is a wealthy country with a Christian ethical and cultural tradition of equality and the “fair go”.

Mr Beadman correctly believed that the key to a future where remote communities become regional centres, with all of the amenities found in similar sized towns elsewhere, will be opening them up to private sector investment and business migration.

This would require the leasing of Aboriginal townships to a new entity, which can in turn deal in subleases for businesses.

“The key to a future where all residents … will truly be able to choose from the full scope of life’s options will come from pre-schooling, educational attainment, vocational training, work, decent lifestyle practices, decent housing, pride and self esteem. Only then will we begin to see a reversal in the social indicator statistics that depress us all.” (Beadman 2009).

The 2010-18 cohort of Indigenous workers in the Northern Territory who are either unemployed or who have become discouraged and left the labour force is estimated to be 11,000 to 16,000 adults and youths.

The compounding effects of such unemployment upon future generations are likely to be significant in terms of inter-generational dependence upon welfare.

It is likely that there would be little difference in the costs to government of directly funding employment opportunities compared to having Indigenous people in remote towns remain unemployed with high welfare dependency.

Many remote Indigenous communities are deficient in terms of available small enterprises to service their needs. Mr Beadman (2010) refers to this as the enterprise gap.

This is defined as the difference between the number of enterprises a relatively developed community supports compared with those presently operating in an Aboriginal community of the same size.

Concurrent with this employment there needs to be ongoing mentoring and training of Aboriginal people.

The appreciation of the value of such skills was widespread amongst remote Aboriginal people when these communities were jointly managed by the Church and Government.

Given the data available on township populations and an evaluation of per capita incomes, it is possible to estimate the potential expenditure on consumer goods and service businesses that could be sustained in each town.

Any economic development strategy concerned with creating employment opportunities within regional communities should also examine those associated with the public sector and associated government expenditure from recurrent funding and direct grants.

Opportunities are available in areas such as education, health, defence and emergency services, police, justice and local government. Defence and police would seem to offer valuable opportunities for young Indigenous Australians.

Far more attention should be placed on having Aboriginal people contribute to tourism in national parks administered by the Territory government. Currently there appears to be a complete lack of interest and energy by the NT government on utilising these wonderful assets to their full potential.

While programs are available in defence however, none of these appear to be well targeted to remote communities.

This may appear to provide the necessary Aboriginal numbers to the Department of Defence, but does little to contribute to skills formation in employment and human development in regions where it is most needed.

Employment opportunities also exist in larger scale industry developments in proximity to growth towns within the areas of mining, forestry, fishing and pastoral development – for example.

There currently exists a relatively large, under-utilised workforce in regional and remote communities of the Northern Territory. This is despite a number of important industries such as tourism experiencing severe labour shortages.

Mr Beadman identified the growing tendency for people to opt out of available work in favour of remaining on welfare. He found it was not just jobs that were being declined, but also generous training opportunities provided by governments to get people job ready. Despite non-compliance there appear to be no, or very few penalties applied.

The complexity of the provisions of the Land Rights Act has severely blocked the use of extensive Aboriginal holdings of land for commercial and employment purposes. Aboriginal owned land now constitutes around 50% of the total land area of the NT.

The Aboriginal Land Rights Act requires the land trust administering the land to be directed by the Land Council. The Land Council is then required to satisfy itself that the traditional Aboriginal owners understand the nature of the proposed transaction and consent to it.

Given the political polarisation which has occurred within Land Councils this has often meant that it is almost impossible to receive the necessary approval from Land Councils to use Aboriginal Land for commercial purposes.

Where approval has been provided it is often for such a short period of time and with such restrictions that potential joint venture investors and financiers, such as banks, are forced to walk away.

Those not represented adequately within the power structures of Land Councils often claim that their requirements for the use of their land for commercial purposes do not receive due regard by Land Councils.

Consider for example, the excellent cases discussed by Beadman.

“Imagine the difficulties for some bright person in the middle of Arnhemland wanting to begin, say, an exotic tropical fruit orchard on a shared equity arrangement with their old trading partners from Sulawesi.

“The function of the land trust is to hold title to the land, and act on a direction from the Land Council (the land trust has no power to act on its own accord).

“The functions of the Land Council are to have regard to the interests of, and shall consult with, the traditional Aboriginal owners (if any) of the land, and any other Aboriginals interested in the land,” said Mr Beadman.

“In other words the Land Council, not the traditional owners, decides.

“So the person wanting to start the orchard on part of the land would require the grant of a lease from the land trust, acting on a direction from the Land Council, after consultation with the traditional owners and others, and the Commonwealth Minister’s consent has been obtained.

“Needless to say, not many Aborigines seek to pursue business, given this discouragement on the top of the threat to their welfare payments.

“Then there is the difficulty of identifying which of the many Government agencies manages the program to help Aboriginal enterprises such as this, given that they seldom advertise their programs, and are even less likely to move around the bush and consult with proponents.

“If one does progress to this stage the 40 or 50 page application form for the grant or loan generally finishes them off!”

It is clear that what was originally well intentioned policy, designed to protect Aboriginal ownership of their land, has in fact worked against the interests of Aboriginal people.

These overly restrictive provisions of the legislation need to be streamlined substantially.

There is an urgent need for a more informed administration of welfare within communities in conjunction with taking up employment and training opportunities. Aboriginal people must be reawakened to the value of work.

Pastor Paul Albrecht AM, born and raised at Hermannsburg west of Alice Springs,  explained his view of the tragedy: “The nihilistic philosophy I saw creeping in among Aboriginal youths in the latter years of my ministry (he retired in 1998) in Central Australia was quite alarming.

“Many could see no future for themselves, in either the traditional or the modern world, and so, among other things, were quite deliberately drinking themselves to death.

“It seems to me, if we have given Aborigines land simply so they have somewhere to exist while living off welfare payments and royalty monies, while they are vaguely engaged in something called self determination, or is it self management, then we haven’t progressed beyond the old policy of Smoothing The Dying Pillow.”

Roger Steele was a founding member of the Country Liberal Party in the Northern Territory. He held a number of key Ministerial portfolios in government. Prior to politics he managed a number of cattle stations, working with Aboriginal people in remote regions.

Don Fuller grew up in Darwin, forming wide relationships with the Tiwi and Aboriginal people of the Territory. He holds a doctorate in economics from the University of Adelaide and became professor and Head of Business and Law at Charles Darwin University. He also was an economic and policy adviser to Country Liberal Party governments.