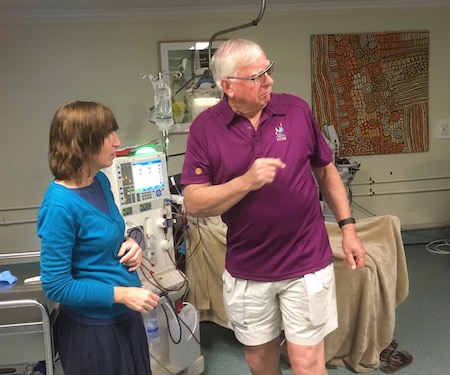 Australian Ian Riseley, the president of Rotary International, which has 1.2 million members around the world, in 35,000 clubs, this morning visited Purple House in Alice Springs, a charity which has close ties with the global service organisation.

He was shown around the facility for renal patients by Sarah Brown, Australia’s 2017 Nurse of the Year and CEO of the Purple House network spanning all of the NT and across the WA and SA borders.

The organisation’s name is a bit of a mouthful: Western Desert Nganampa Walytja Palyantjaku Tjutaku Aboriginal Corp Inc. or WDNWPT for short (not all that short, in fact).

It has nine remote dialysis units which, along with the Purple Truck mobile unit, support patients from 26 remote communities, allowing them to receive treatment in their own communities. 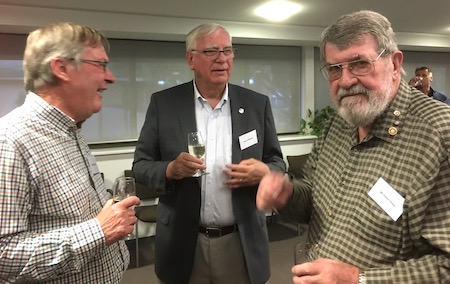 The service extends its operations from Central Australia to Groote Eylandt, Lajamanu and Yirrkala in the Top End. Over the last 12 months it has provided 154 patients with dialysis, a treatment required for around five hours every second day.

Work on its first remote unit started in Kintore near the NT-WA border in 2004, initially in the clinic there.

But soon a derelict dwelling, inhabited only by a camel, was gifted to WDNWPT and members of the Woden Rotary Club in the ACT made their way to the Gibson Desert to restore the building.

Rotary’s focus on health is renowned the world over following its leading role in the eradication of polio. 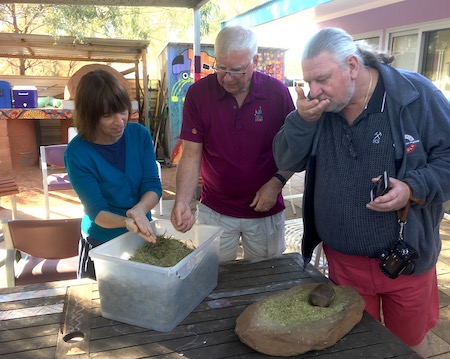 He will be attending a dinner this evening with members from all three local clubs, Alice Springs, Mbantua and Stuart, which have a total membership of about 70.