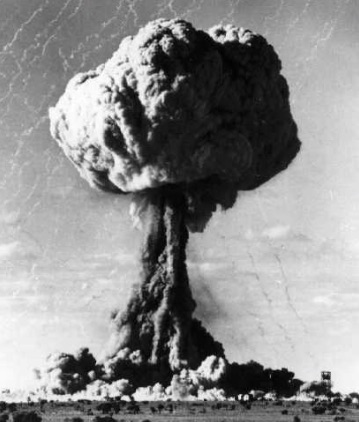 Mr Lester was a Yankunytjatjara man, born at Walyatjata, northern South Australia. His work as a stockman came to an end when as a young adolescent, he was blinded a result of the nuclear bomb tests at Maralinga in the 50’s or the “black mist”, as he called it.

“Mr Lester was a key Aboriginal leader who embraced the challenge of bridging two worlds. He never let his blindness hold him back, he was sharp as a tack in negotiating at the highest levels of business and government,” Mr Gunner said.

“He was regarded by many as a force of nature, with a powerful personality and deprecating wicked sense of humour – a unique Australian –  one of a kind.”

Inspired by Aboriginal activists like Charlie Perkins he joined the Aboriginal Advancement League in Adelaide and one his most significant contributions to the rights of Aboriginal people was helping gain recognition for the impact of atomic tests at Maralinga on the 1800 Aboriginal people affected and their country. 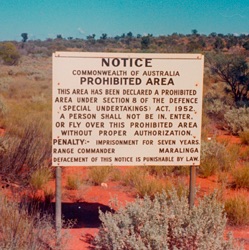 His work lead to the McClelland Royal Commission in 1984-85 which resulted in group compensation for the Maralinga Tjarutja people and long-term clean-up operations to restore the land. This work was the inspiration for the 1987 Paul Kelly song “Maralinga (Rainy Land).

Mr Lester moved to Alice Springs at first for the United Mission.  He was a great linguist and moved on to work with Institute of Aboriginal Development, developing language materials to support the on-going vibrancy and understanding of Aboriginal languages.

He was also instrumental in the work of the Pitjantjatjara Council that led to the grant of freehold title to Traditional Owners of the Anangu-Pitjantjatjara-Yankunytjatjara lands in South Australia and then focussed his energy on recognition of the then Ayers Rock National Park as Aboriginal land.

“Mr Lester described them as ‘hard negotiations’ but his vision and the commitment of traditional owners to a scheme of Aboriginal land ownership and joint management thankfully prevailed, ultimately with recognition of Uluru-Kata Tjutu as a World Heritage cultural landscape; the first World Heritage site to be listed for both its natural and cultural values,” Mr Gunner said.

Similar sentiments and acknowledgements were expressed by Lingiari MHR Warren Snowdon and Territory Senator Malarndirri McCarthy in a joint statement on Sunday.

“Mr Lester was a friend of mine for more than 40 years, and I had the utmost respect and admiration for him,” Mr Snowdon said.

“Despite his own personal challenges, he inspired so many Australians to never give up fighting for justice,” Senator McCarthy said.

He was a man of great stature, as an advocate, teacher and leader. Mr Lester’s significant contributions to the rights of Aboriginal people and broader Australia will not be forgotten.

Mr Lester worked over decades to improve the lives and opportunities for his people. While always a fighter he was forever generous and forgiving.

He was a great Australian by any measure, said their joint statement.

Facebook
Twitter
Pinterest
WhatsApp
Previous articleAboriginal flag on Anzac Hill? Give the right to others as well.
Next articleStealth party to mark 50 years of Pine Gap