Senior Sergeant Alex Brennan said Michael, who is on holidays from the UK, was last seen at his hotel in Alice Springs on 8 July.

He has not been seen or heard from since.

“We ask anyone who sights Michael or who has any information to contact police on 131 444,” says Sgt Brennan. 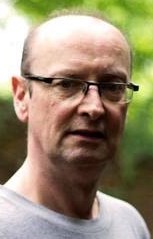 “Michael hired a black Renault Koleous Wagon (pictured below) with the number plates VIC 1HU8GM and was last sighted fuelling this vehicle in Yulara on Wednesday 12 July,” she said.

“Michael is from the UK and is on holidays in Australia.

“He has not been seen or heard from since.”