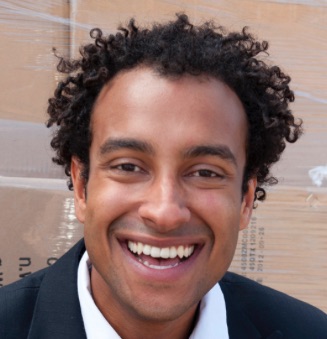 Two weeks ago, the name Matt Okine meant nothing to me. But I starting seeing a few flyers for his comedy show around town, and then someone told me he was one of the presenters on the Triple J breakfast show. I decided to go along to the performance at Araluen.

I haven’t been an avid listener of the Jays since my late teens. At the risk of sounding old and jaded, I don’t like the most of the garbage that passes for music these days. Bring back the early noughties, I say! (Definitely old and jaded.)

I also dislike the overt politics and moralising that were once confined to a journalism segment called Hack, but, mirroring the slow but steady leftward progress of the ABC, now seem to have spread to the entire station.

Despite my reservations, I was curious. I wanted to see if the mantle of Triple J breakfast radio had been upheld since the halcyon days of Adam Spencer and Wil Anderson.

After a tedious period of sclerotic hip-hop beats before the show, Okine came onstage with a beer. He spent the first ten minutes of his set warming up and setting a relaxed and casual pace. He was dressed to match, in jeans and crumpled blue shirt, sleeves rolled up and tails untucked. He made a few early jokes about Alice Springs’ nightlife. Surprisingly, this was the only mention he made of Alice or the NT during the show.

For the next hour and a quarter, Okine meandered pleasantly through a variety of topics, including: cooking shows, haters on social media, the badness of Mondays and vegan guilt. A common thread through the show was Okine’s well-practised manner of self-deprecating braggadocio, giving us the impression that as a comedian, national radio presenter and sometimes actor he is “living the dream” but also subject to all the dramas, doldrums and occasional absurdities of daily life.

This last point was well illustrated with a long and winding saga involving an old flame with a germ aversion, a soiled five-dollar note found in an alleyway late at night, a mysterious toothpaste thief and the disappearance of Okine’s bedside money tin.

The crowd ate it up, for the most part. There was a noticeable dip in enthusiasm about two thirds through the show, when Okine mentioned supposed racism in Hollywood, took a cheap shot at Michael Caine (including a rather poor impersonation — not a patch on Rob Dryden) and tied in a few jokes and anecdotes he had told earlier into a morality lesson about stereotyping. To my ears, it came across as heavy-handed, trite and presumptive. I suspect I was not alone, because the audience response seemed noticeably muted.

I got the feeling Okine would’ve liked to continue down that path and might have done so if he’d had a better crowd response. I can see how that part of the show would have gone down better in Sydney or Melbourne, where there is a more abundant appetite for freshly served white guilt. (Not that Alice doesn’t have its own small pockets of reliable demand, of course.)

But for the most part, the show was very enjoyable and I had some good laughs. Okine is evidently an experienced and accomplished comedian and was able to make the audience feel relaxed and comfortable while delivering some quality jokes and pithy observations. I’d even consider listening to Triple J breakfast again — if only they’d change the playlist to 2003’s Hottest 100 on shuffle.