Pine Gap protests in town, at base 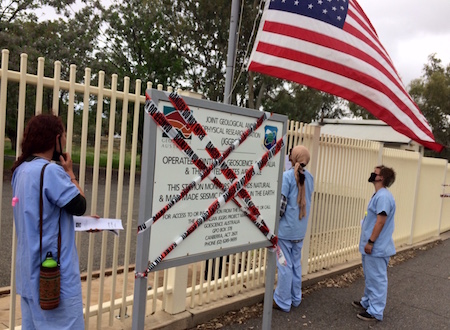 Pine Gap protesters are escalating their “actions” with a demonstration (pictured) at the US facility in Schwarz Crescent, opposite the RSL, early this afternoon.

“This morning, before dawn, the shift change (at the base) was met at the gates by a group of protestors,” says spokesman Jacob Grech.

“As numbers swelled, by 7am buses were delayed from entering the facility for a short period.

“In the lead up to Friday’s action, various actions will be taking place.

“At 4pm this afternoon an action will take place at the Hatt Road camp.” 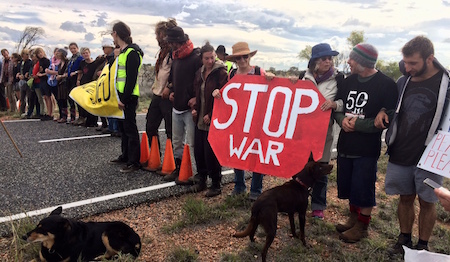 Police say two people were served with trespass notices but made no further comment.