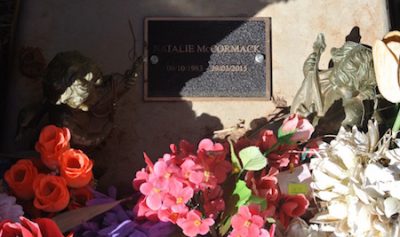 Two deaths that were the subject of the recent coronial inquest into “extreme domestic violence” were the tipping point for Coroner Greg Cavanagh. In his findings handed down today he notes the 17 deaths in the NT related to domestic violence in the last four years alone, of which seven were in the Alice Springs area. He described domestic violence as “a contagion” and “literally out of control” in the Aboriginal communities of the NT.

He had determined to hold the inquest to cast light on the “terrible lives” endured by women such as Kwementyaye Murphy and Kwementyaye McCormack and their “horrifying deaths”.

He quotes the frustration of various judges dealing with the perpetrators but recognising the impotence of the courts to make a difference. Likewise the proactive efforts of police are having little impact – a 0.5% decrease reported to the inquest is hardly encouraging.

Both Kwementyaye Murphy and Kwementyaye McCormack in the decade before their deaths had mostly not cooperated with police  in charging their partners, and both, along with their partners, would breach the DVOs that were in place. Judge Cavanagh comments: “It is all too easy to think that if the women had cooperated with the police that the system might have been more effective. But it omits consideration of the likely consequences to the victim.”

These included pressure and possible retaliation from their partners’ families  as well as retribution by their partners upon release. The women themselves may also have been reluctant to see their partners imprisoned, aware that too many Aboriginal men are already in gaol.

“Law and order is not likely to be seen in a positive light in the Town Camps,” he says. “The ‘law’ tips out the alcohol, it removes children from families and takes members of the community (usually men) to prison”.

In all bar one of the examples referred to in his findings the victims have been Aboriginal women. Judge Cavanagh quotes Jeanette Kerr on the statistical prevalence of the victimisation of Aboriginal women by their partners. Ms Kerr is currently an Assistant Commissioner of Police. However, her evidence to the inquest, based on her master’s research, was given as a civilian:

“It is not an exaggeration to say that intimate partner violence committed upon Aboriginal women in the NT is pervasive. In fact the prevalence rates among this population are among the highest in the world. There is clear evidence that nearly all offenders in the cases of these women are Aboriginal men.”

Ms Kerr looked not only at incidents but at crime harm, with Alice Springs the tragic hotspot, reporting 22.7% of the total incidents over a five year period to December 2014, but with 33.4% of the crime harm.

In Alice Springs harm more than doubled when alcohol was involved, as it did in Tennant Creek and Darwin, while less so elsewhere (underlining the availability of alcohol as an issue).

What can be done?

Judge Cavanagh outlines improvements in policing – body worn cameras, for example, which are already being rolled out (but would require legislation to allow the recordings to be used as evidence) – and in court processes, where domestic violence matters should be given priority so that they are dealt with more quickly.

He also outlines the “Plan B” recommendations of Ms Kerr. Her research demonstrated that Aboriginal couples tend to stay together through episodes of violence and despite arrest and DVOs being put in place. She wants alternatives to be considered, allowing family and community  to take responsibility for preventing violence, citing models that have been trialled elsewhere.

Says Judge Cavanagh: “Such models need to be appropriately considered and any trial properly resourced. Strengthening Aboriginal communities would seem a necessary starting point and the alternate models would be likely to assist in that endeavour.”

On alcohol, despite all the attention the issue gets, he says the supply, particularly of takeaway alcohol, and its contribution to “horrendous levels of violence” has not “in any real sense, been confronted over the decades”. He reiterates his call for an “independent expert inquiry into responses to alcohol misuse” in the NT.

Given the youthful Aboriginal population – 38% under 15 years of age, compared to 19% in the non-Aboriginal population – it is feared that, without significant change, the future rates of domestic violence will only increase. Police stats from the last financial year reported 33 offenders in the age bracket 8-14 years, jumping to 628 for 15-19 years, doubling for 20-24 years, and not dropping significantly until the 45-49 year bracket.

He heads his conclusion on the role of the criminal justice system “Not Suitable for Purpose”. It may have a part to play but it “does not deal with the important questions of WHY it happens and WHY it is getting worse”, which are fundamental to “finding the means to protect women”.

In his view, some of the answers “are likely to be found in the significant socio-economic disadvantage experienced by Aboriginal communities in the Northern Territory”.

On the death of Kwementyaye Murphy, he reports that the police investigation was of a high standard (it resulted in the conviction of her partner for murder). However, the investigation into  the death of Kwementyaye McCormack was not. There was no analysis or comment in Judge Cavanagh’s findings today on the failings of this investigation, but it has been referred back to police (as stated at the end of the inquest hearings) in the belief that “offences may have been committed”.

Note: This article was modified 10am, 23 September 2016, to include links to past reports and related reading, as well as to note the requirement of new legislation to allow the recordings of body worn cameras to be used as evidence in prosecuting offences.