Election shock: the person bringing change may well be you 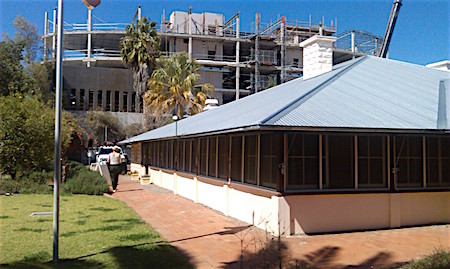 Good morning, and welcome to the first business day of the Labor Government.

The adage is that a government can only be as good as its opposition. Given where we’ve just come from, and where we are going, we can expect to be in for interesting times.

It’s not my job to tell you what to think, but let me suggest some questions that you may like to ask your family, your friends and yourself.

Where is the fail-safe device in our Northern Territory democracy? Most cars these days have a computerised one, and previously if something was clonking, something was wrong, we’d stop, check and fix.

For most of the past four years, in our vehicle of state the lights have been flashing and the alarms blaring – many of them in these pages – but the driver kept the throttle to the floor and the passengers their fingers in their ears.

Distrust in government is a global phenomenon, just think Brexit, Trump and the relentless growth of fascist parties across Europe.

In that spirit, here are the questions I am suggesting to you:-

How many representative organisations have been bought off with at least partial government funding?

How many experts who can advise the community have been silenced by lucrative commissions and contracts?

How many community groups have been satisfied with peddling meaningless bumph instead of presenting well researched, peer-checked and costed arguments?

How many people have allowed themselves to be bullied into silence instead of proudly exercising their sacred freedom of speech?

How many people have been turned against their own community with money, flattery, positions and privileges?

You can play a role in shaping the new era starting today. All you need is the guts to do it.

PHOTO: Symbol of the past four years – the five-storey Supreme Court building, a temple to crime and commercial space that isn’t needed, towers over The Residency, part of what us locals, and visitors from the world over, love about Alice Springs.