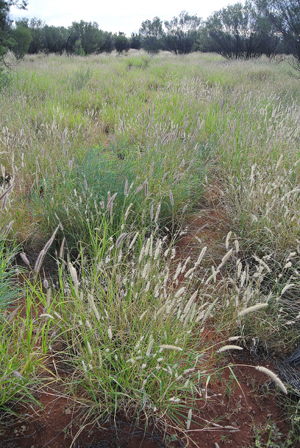 This follows a four week public consultation period and consideration by the Northern Territory Weed Advisory Committee and Regional Weed Reference Groups of how to “mitigate the significant economic and environmental impacts,” according to a media statement released on his behalf.

The Director of the Weed Management Branch, Geraldine Lee, chimed in by saying the plan “sets a strategic way forward to manage this invasive weed.

“It also initiates a proactive approach to control, monitoring and spread prevention to help protect our natural resources from the impacts of this weed,” she said according to the release.

“Following the four weeks of consultation, we assessed and considered all comments received and are extremely happy with the plan going forward.

“We are committed to protecting our natural ecosystems as well as the pastoral and agricultural industries from this invasive weed and the release of this plan is a step in the right direction” to protect “ecologically and economically important areas of the Northern Territory.”

Ms Lee is also quoted as saying that the weed “is very invasive and can out-compete native vegetation, leading to reductions in pastoral productivity and reduced biodiversity. It is often confused with a native desirable perennial species.”

And now for the bad news: Neither Mr Higgins (pictured) nor Ms Lee is talking about buffel grass but about grader grass which “is widespread throughout the Katherine region and presents significant management challenges on a range of land tenures. Preventing the spread of this weed into areas that are currently free of grader grass is a high priority.”

Mr Higgins and Ms Lee are not making the same commitment about buffel which is devastating much of Central Australia and has all the effects they are ascribing to grader grass.

Why are they not acting against buffel, which is a weed in South Australia and target of a extensive government campaign there?

Because in the NT buffel is not a declared weed, according to a spokesman for them.

A spokesman  for Mr Higgins provided the following statement late today, in response to a request for comment from the Alice Springs News Online, making it clear that the NT Government will do nothing meaningful to control buffel. He is recommending a do-it-yourself approach for anyone who may care:

Buffel grass is a pasture grass that was introduced to Central Australia for improved pasture production, soil stabilisation and dust suppression around the 1960s.  As a pasture it remains highly valued by cattle producers for being drought tolerant, moderately nutritious and capable of withstanding heavy grazing.  The extensive root system of buffel grass enables it to bind soil particles, reducing erosion and suppressing dust, which can be a valuable asset in extremely arid environments.

Since its deliberate introduction buffel grass has become widely spread in the natural environment.  This is to the extent that eradication is not considered technically or economically feasible. Current activities administered by the Department of Land Resource Management focus on raising awareness of the advantages and disadvantages of buffel grass, encouraging appropriate management by land holders and preventing inadvertent spread.

Communities in Central Australia can voluntarily administer on-ground control of buffel grass in chosen areas of high environmental value and cultural significance.  The Parks and Wildlife Commission of the Northern Territory has dedicated asset protection and buffel grass management programs in place.

All community and stakeholder concerns and feedback are taking into consideration when developing priority for weed management.

Grader grass was a declared weed prior to the introduction of the current Weeds Management Act which came into force in 2001.   A new statutory Weed Management Plan for Grader Grass (Themeda quadrivalvis) was released today.