Home Issue 5 Street kids: ‘We can’t casework our way out of this'
Issue 5Volume 23

Street kids: ‘We can’t casework our way out of this'

Above: Get them dancing. Photo by Pete Gleeson.

Remote communities are better off than Alice Springs and Tennant Creek for youth activity programs.


“Casework is not the appropriate tool to deal with hundreds of youths on the street – we have to thin out the numbers and the way to do this is change the environment,” says veteran youth worker Blair McFarland, manager of the Central Australian Youth Link Up Service (CAYLUS).

Runs on the board for CAYLUS include stamping out the scourge of petrol sniffing in desert communities: the strategy was to reduce supply with the introduction of OPAL fuel and reduce demand with organised recreational activities.

Remote communities are now better off in terms of this aspect of youth services than the highway towns of Alice Springs and Tennant Creek: “There is no community of any size south of Tennant Creek that does not have a youth program,” says Mr McFarland. 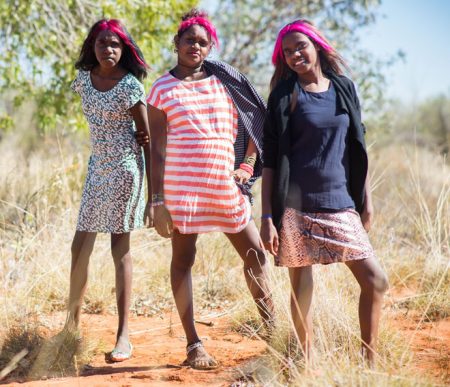 They are run by the regional councils as well as organizations like Mt Theo in the Warlpiri area. CAYLUS also contributes. For example, next week they will help when Urapuntja Health run a two-day festival for young people in the Utopia area: along with the fun the young people will get health checks and flu jabs.

Night-time activities are the missing ingredient in Alice, argues Mr McFarland. Mainstream sports and other groups are not engaging “the demographic that we are talking about”.

After the 2012 mini-budget slashed $3M from youth services, the drop-in centre operated by Congress out of the Westpoint building and the night-time activities run by Tangentyere out of premises on Brown Street both had to close their doors.

“Now we’ve got kids on the street – go figure!”

He said the experience of those services was that most young people would go home afterwards: “They’d been out and done something and were then happy to go home to sleep. Now they go out wandering the streets till the early hours, looking for something to do and not finding anything.” 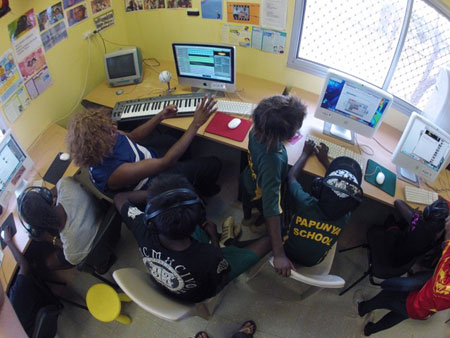 What exists at present in town is simply not enough, he says. The Gap Youth Centre offers a program on Monday and Thursday nights, from 5-9pm. The Alice Springs Youth Centre puts on a disco on Saturday nights, finishing 10pm, funded by the Department of the Chief Minister. Last Saturday it attracted 150 young people. Apart from that, a stalwart group of volunteers opens the Uniting Church Hall as a drop-in centre, on Thursday and Friday nights.

“They run on nothing but their idealism, attempting to plug a gaping hole in the services,” says Mr McFarland. They regularly get around 50 people per night and up to 100, including older teens, “a notoriously hard demographic to get”. CAYLUS and other agencies help where they can “because we value what they do”.

The NT Budget ignored the problem and “the community was left to pick up the tab”, says Mr McFarland. In the worst case scenarios, neglected young people will end up in detention, “costing the community squillions and setting them on the treadmill” of a life of crime and incarceration.

RESPONSE BY THE CHIEF MINISTER:

Chief Minister Adam Giles sheets home responsibility for the 2012 cuts in youth services in Alice Springs to Robyn Lambley who was treasurer at the time. (Ms Lambley has since resigned from the government and the CLP and is running as an independent in the next election.)

Taking questions at a press conference yesterday he told the Alice Springs News Online that since he has been Chief Minister a lot of money has been put back in to youth services. The examples he cited are the $750,000 funding the youth patrol run by the Town Council and Congress “to get kids off the street at night to a safe place of refuge”; the $10m increase in the budget for the Department of Children and Families; and the second multi-million dollar redevelopment of the Alice Springs Youth Centre.

None of these, however, provide what the youth sector is calling for, which is a strong program of supervised meaningful night-time activities for young people who are not accessing mainstream programs.

Mr Giles says youth programs are not just the responsibility of government: Apart from parents and families “a lot of the time it is the town council who should be responsible right across the Northern Territory. I think they need to step up as well, plus the many organizations out there at the same time.”

‘Street kids of a kind we haven’t seen before’