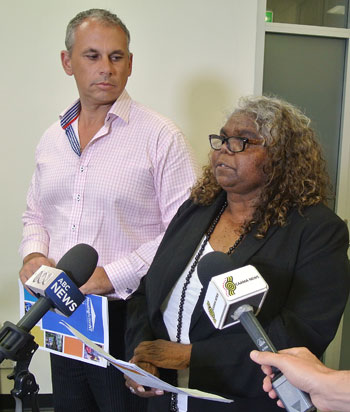 The NT Government today released its blueprint for delivering new public homes – including 24 in Mutitjulu – and more than 1000 housing upgrades in remote, urban and regional communities over the next two years.

They will include in The Centre: Two in Ali Curung, nine in Lake Nash, four in Ampilatwatja, two in Areyonga, one in Harts Range, 12 in Epenarra, three in Hermannsburg, four in Imanpa, 24 at Mutitjulu, two at Papunya, six at Santa Teresa, four at Titjikala, two at Wallace Rockhole, two at Willowra, six at Wilora, two at Mt Allen and five at Yuendumu. A total of 90.

Mr Giles said during the launch of the program today that over the next five years this would involve a commitment of almost $500 million and was “the most fundamental reform in housing in the Territory’s history”.

This “new and transformational approach to community housing” would “meet the needs of those who struggle, who can’t get into the private sector.

“When Labor took the houses off communities in the bush back at the start of the Intervention we are now giving them back.”

Mr Giles said 40% of every housing dollar had been spent on administration: “We are now down to 10%.”

There would be no more “white cars driving around the Territory … million dollar houses, 40% on administration. We will actually be building new bedrooms,” he said.

The Remote Housing Development Authority (RHDA), an independent housing provider, would be set up. 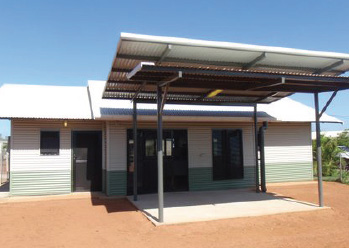 The RHDA would have responsibility for the administration, construction delivery, tenancy management and the repair and maintenance of remote housing in the Territory’s 73 remote communities, 43 town camps and 400-plus homelands.

There would be an unprecedented commitment of $140 million in new spending over the next five years for social housing: “This will see more than 300 new houses and over 2500 upgrades or replacements in urban and regional areas,” says Mr Giles.

“This remote housing strategy will not only result in new additional housing but also give Aboriginal people greater say and ownership of the remote housing system – from construction and design to tenancy and property management and jobs,” said Housing Minister Bess Price.

The strategy involved a client-centric approach designed to improve early intervention and prevention programs with strong links to support providers in housing, homelessness and other human services.

“As much work as possible” would involve Aboriginal people and businesses in construction, repairs and maintenance and tenancy management, Ms Price said.

The program would be starting with $1m “as a first down-payment on starting to address homelessness in urban areas,” said Mr Giles. 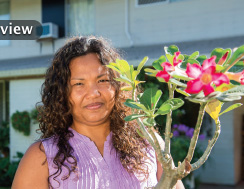 A one stop shop would bring together all NGOs and services as a seamless point of entry –  a first across the country.

There was a need to catch up with a “massive housing deficit”:  in having only two housing types, private and public “we were behind the rest of the country,” said Mr Giles. “Now we are in a position where we have public housing, affordable housing, community housing, and private housing. We have investment in homelessness. This is fundamental reform.

“We are also going to get tougher on those bad public housing tenants … who continue to misbehave.”

NT Shelter CEO Tammy White (at right) said she was “cautiously optimistic” about the project and that NGOs, who have limited funds, needed to be part of it.

The Intervention had created a “sense of dis-empowerment”.