Sex aids and fracking: Up the wrong tree 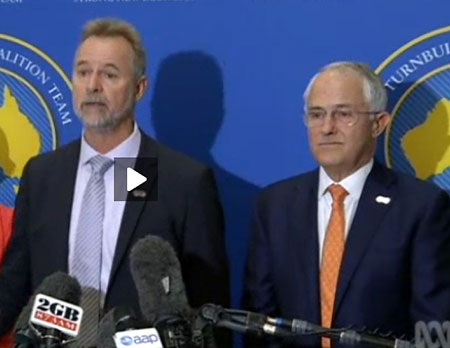 The ABC Insiders (inside what?) were taking the piss out of half of our representation in the Upper House, namely Senator Nigel. (Don’t click on the arrow. This is just a still photo.)

He did mean to say “condoms” and not “condiments” when he expanded on the Prime Minister’s knowledge economy message and said: “Imagine waking up one day and walking through the spinnifex and saying, I know, I can make condoms from that. Well, a bit of a stretch for us [a clever allusion to the notion that size not only matters but is in generous supply in the NT].

“But not for him,” said Nigel. By “him” he was not referring to Mr Turnbull’s anatomy but to “Saltie” which clearly points to the Senators’ long-time proximity to saltwater crocodiles.

When using men’s facilities at truck stops it is often difficult not to notice vending machines for condoms. The pitch for some claims is that they have stimulating properties but, one would imagine, to accomplish this with prickly (no pun intended) spinifex may be going a bit far.

Here is where some correction of the good Senator’s pronouncement is in order: “Saltie” is Colin Saltmere, from the Dugalunji Aboriginal Corporation, whose members, with thousands of years of experience with spinifex, are keen to make a dollar.

Their innovation is that spinifex could be used as an additive to make latex condoms as thin as a human hair without any loss in strength, as the ABC reported earlier this year.
Who’s laughing now, Insiders?

Isn’t surveying people of the Old Eastside about fracking like quizzing people at prayer in a mosque about Zionism?

We put that to Tanya Hall of the Frack Free Alliance.

Surprise, surprise, “603 people participated in the community survey with a significant majority of 89% (538 people) indicating they want to see Central Australia shale gasfield free,” as Ms Hall revealed this morning.

She replied to our question: “The idea of the approach is for people to door knock their neighbors and since most of the people who volunteered to participate in the survey were from Eastside, that is where we started.

“It is also Adam Giles’s electorate so is important in informing him of his constituents’ views since he has previously stated that is a small minority of people who are against fracking.”

How much more of this? It’s nearly three months to the NT election. And they complain about a long Federal campaign!