The Aboriginal owned Yipirinya School is evading statutory controls by the NT government which has responsibility for overseeing the curriculum, and the Education Department is now considering its options.

The school failed to participate in a scheduled “routine assessment” by the department last year.

This “non-participation was one of the reasons a special investigation” was undertaken in February this year, concluding “that the school council had not demonstrated an understanding of its role in relation to the requirements of the [Education] Act”. A string of measures was ordered.

The most recent routine assessment on Yipirinya School had been conducted in 2009.

The school went through a torrid period early this year when the former principal, Ken Langford Smith, was locked out (photo above) and an American educator, Lance Box, appeared on the scene.

When the Alice Springs News Online learned of Dr Box’s recent departure we rang Ulbunda David Kriss, apparently the school council president. He would give no comment other than to say: “F… off, you c…, f… off.” A senior school employee said he was not permitted to make comment. When contacted today Mr Kiss declined to comment.

A departmental spokeswoman says in May the department offered “support to the council in relation to their role in the governance and management of the school at no cost to the school.

“Departmental officers followed up on several occasions with the school on this offer and were advised that the school had engaged support from ‘Education Transformations’ consultancy based in Melbourne.”

There was no further communication from the school.

In 2014 and 2015 Yipirinya School received $886,400 from the NT and $3,620,300 from the Australian government plus – it is understood – substantial support from philanthropists around Australia and the world.

According to MySchool, Yipirinya has 138 pupils but “student attendance data are unavailable for this school”.

On these numbers th 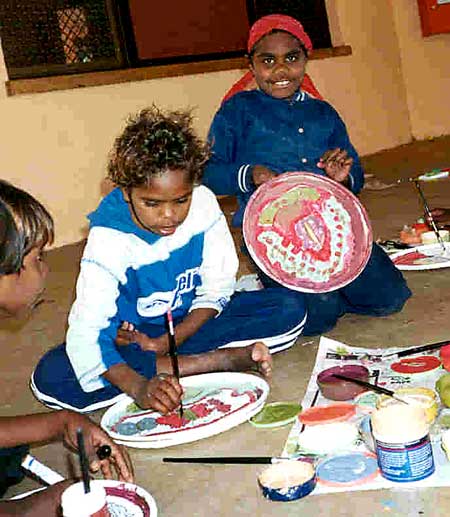 e annual funding per enrolled student is $16,328 from government sources alone, which is more than $4000 above the corresponding figure for the local secondary school, St Philip’s College. (The parents of its students kick in an average of $6500 to make up the $18,300 “per student net recurrent income” quoted by MySchool.)

In the latest MySchool survey year, 2014, all Year 7 Yipirinya students were in the “substantially below average category” (the lowest of five rankings) in persuasive writing, spelling, grammar and punctuation and numeracy, and “close to average” in reading. Year 7 is the highest level offered by Yipininya.

The spokeswoman says: “A special investigation can be authorized by the Chief Executive Officer at any time to look into suspected non-compliance.

“In February 2015, after consultation with the Association of Independent Schools Northern Territory (AISNT), the Department of Education appointed an external assessor through a select tender process for a special investigation. [It]considered each of the requirements under the Education Act which considers governance, financial management, performance management processes and accountability, staff and teacher registration, and complaint and dispute policies.”

The report delivered in March listed five key recommendations to be undertaken by the school council:-
• Develop a strategic plan.
• Develop a business plan.
• Receive and review school performance information.
• Prepare a contract of employment with the principal.
• Direct the principal to develop policies in areas such as conflicts of interest, confidentiality, delegations of authority, and complaints handling.

We asked the department what are its likely next moves, and whether “having support from Education Transformations consultancy” relieves Yipirinya from being accountable to the department.

The department had provided the following information:

The department will be conducting a regular routine assessment of the school at a date to be determined.

Does having support from “Education Transformations’ consultancy” relieve Yipirinya from being accountable to the department?

No. Like all other schools, Yipirinya is held accountable in relation to the Education Act and required to operate and meet the requirements outlined in the regulations of the NT Education Act. Compliance requirements for funding from both the Northern Territory and Australian Governments must be met.