Northern development is not answering questions

What does the Central Australian Development Office (CADO) in Todd Mall have to hide?

How much is the monthly rent, the Alice Springs News Online asked?

How much did it cost to fit out?

No answer except “upgrading the office to standard and fit out, including walls, plumbing, carpets, furniture and office facilities was done using local contractors”.

No answer, except since its opening in February it “has had over 1,100 official visitors” – no further details given.

“The office has been used for 134 meetings” – but still no relevant detail.

But there is plenty of bumph “attributable to Northern Australia Development Office General Manager Luke Bowen” to go with it: “Under the leadership of the Department of the Chief Minister (DCM), the Central Australia Development Office (CADO) is an office and meeting space designed to support industry, investors and the private sector interested in doing high level business in Northern Australia.” 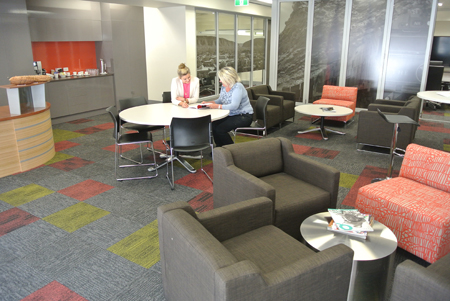 The 293 meter office, which has four staff who are extremely friendly but not authorised to give information to the media, “provides the critical part of the network of regional offices, staff and linkage to the community, and is an integral part in seeing greater coordination of government activity and the integration with industry and business,” we were told by an NT Government spokesperson.

In an exchange that could have been a direct lift from the ABC’s satirical series Utopia, she asked, without irony, whether we would require door handles and coffee cups to be included in the cost of the fit-out.

“Central Australia to the SA border is part of the Northern Australia Development program supported by the federal government and the three northern jurisdictions of WA, Queensland and the entire NT.”

If economic progress of Alice Springs is measured by the expanding office space in the CBD occupied by bureaucrats (including the brand new the Office of Aboriginal Affairs), then the town is surely booming.

PHOTOS: The exterior in Todd Mall, in fact an attempt to copy the character of the historic Marron’s Newsagency bulldozed by a developer. As a passer-by you cannot look inside unless you are prone on the footpath or exceptionally tall. It is but the latest example of urban design around Alice Springs ignoring the wisdom of passive surveillance – “eyes on the street” – contributing to a more connected and safer community.