Reef may be declared endangered 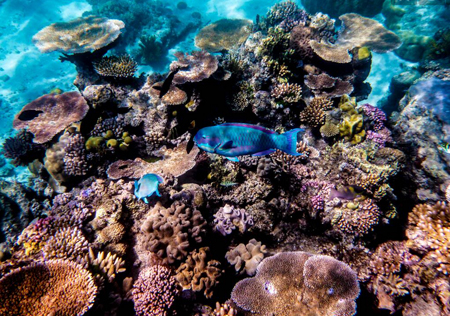 The possibility of UNESCO putting the Great Barrier Reef on the endangered list is causing profound distress in Queensland’s tourism administration and industry, according to Susanne Becken, Professor of Sustainable Tourism at the Griffith University’s Gold Coast campus

She says such a declaration would be “quite significant” and create a negative image for what is not only the major tourism drawcard for her state, but also for the nation.

She was commenting on the prediction by Tim Flannery that global warming will cause the death of the reef.

The loss of the reef may create an opportunity for the Territory to fill a multi billion dollar gap in nature tourism.

Prof Becken says the reef is estimated by Deloittes to be worth $5.8b a year, and it is unclear by how much that revenue would shrink if the reef is lost.

Prof Flannery says the water warming fatal to the reef occurs faster than it can migrate south to cooler waters.

Prof Becken says there is doubt that the proposed two degree C warming target could be met, a level “some research” suggests the reef may be able to survive.

However, “we are not very good at reaching targets,” she says, and warming of 3C to 4C is more likely.

There is already discussion in Queensland about what could long-term replace the reef with as a tourist attraction, possibly rain forests.