Albrecht Oval not the best park for Larapinta 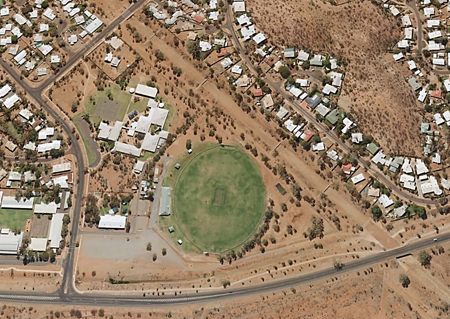 Albrecht Oval (Google Earth image at left) may be the biggest open space in the Larapinta area but not necessarily the best to develop as a “destination park”. This was the example Councillor Chansey Paech gave in arguing that council should undertake more community consultation as it implements its future open space network plans.

His move was supported by all councillors bar Cr Brendan Heenan and Mayor Damien Ryan, who reiterated their support for the status quo on parks, as that is what the majority of people responding to an online survey (51 out 107) had wanted.

Cr Paech said residents needed to be asked their views on the location of destination parks and on possible innovative or alternative uses for downgraded smaller local parks. 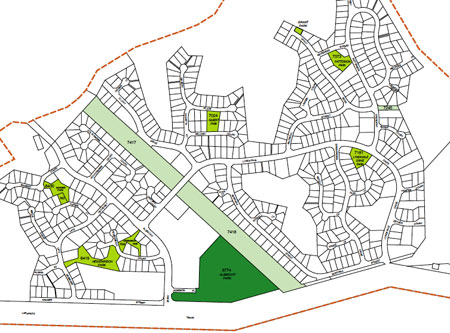 Director of Technical Services, Greg Buxton, said the location of destination parks could not be reconsidered, as they already exist. But then he said he tended to agree with Cr Paech on Albrecht Oval and would be happy to undertake further consultation on this.

Cr Kudrenko said it is critical that council goes back to the community, in line with its policy requiring community consultation for major changes in council operations. Development of the open space network would be such a change, requiring many decisions into the future. She said consultation by the professional consultants had been minimal and the online survey had its own short-comings. 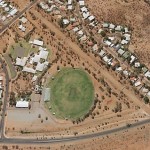 Albrecht Oval (Google Earth image at left) may be the biggest open space in the Larapinta area but not necessarily the best to develop as a “destination park”, says Cr Chansey Paech.