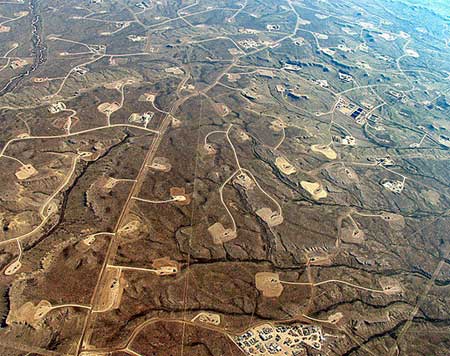 The town council last night voted five to three against a motion to call for a moratorium on fracking.

The opposing views came mostly from Mayor Damien Ryan, who claimed that if a motion by Cr Eli Melky were to be carried, the council would “deal ourselves out of the discussion” on the controversial mining process.

But Cr Jade Kudrenko, together with Cr Chansey Paech supporting Cr Melky, disagreed with Mayor Ryan, saying that having a considered view would make the council a valuable contributor to the debate.

And she said it would be a brave government that would exclude from discussion an elected body because it had an opinion differing from the government’s.

Mayor Ryan suggested that the Katherine and Wagait councils in the NT, who had passed anti-fracking motions, were already finding it difficult to be heard.

However Peter Clee (pictured), the president of the Wagait Shire Council, said this morning, when asked for comment by the Alice Springs News Online: “We have not been excluded from the debate in any shape or form.

“We are still part of the debate. I make sure of that.

“We have expressed our views that we are against fracking and everyone knows that,” said President Clee.

“If regulations [about fracking] are improved and we feel we can tolerate it, we can overturn that motion.

“You need to let everyone know what your feelings are on the outset.”

The second point in last night’s debate was that Dr Allan Hawke, the author of the NT Government commissioned report into fracking, is due to make a presentation to the council – no date known yet.

The opponents to Cr Melky’s motion – Deputy Mayor Kylie Bonanni and Crs Steve Brown, Brendan Heenan, Dave Douglas and Mayor Ryan – took the view that Dr Hawke should be heard by the council before a decision on the call for a moratorium is made.

But Crs Kudrenko, Paech and Melky argued that Dr Hawke had already made it clear in his report that robust regulations would be needed before fracking is allowed. They claimed the moratorium could be lifted once these new rules are formulated.

Dr Hawke, they said, is unlikely to tell the council anything different to what he has already said.

Cr Melky said the moratorium would be in place only “until guarantees are provided”.

Cr Bonanni said if there was substantial public opposition to fracking there would be more signatures than the 165 on a petition presented to the council last night by Tanya Hall, of the Central Australian Frack Free Alliance.

As she had not had the opportunity of speaking to “the other side” Cr Bonanni said she would concur with Mayor Ryan, make up her mind after listening to Dr Hawke, and vote against Cr Melky for the time being.

Cr Kudrenko said the council had heard from many sides, industry, government and community representatives, enough to base its views on.

The mines department head had admitted a new regulatory regime is required. The government cannot demonstrate that adequate controls are in place, yet “big companies” are gearing up to “make lots of money,” she said.

Mayor Ryan reiterated that a vote for Cr Melky would result in the council having “no voice in debate,” being “sidelined … we won’t be included in the discussion”.

He said so far only 12 out of hundreds of local governments around Australia had carried moratorium motions.

Cr Melky said while fracking was successful and had been around for many years, “hydraulic fracturing and digging” is a different process: It goes deeper, penetrates through water, can drill horizontally under ground and the chemicals used may contaminate groundwater.

“What is the point of assessing an aquifer over 300 years – 100 years good water, 100 not so good and the rest pretty average – when it is at risk from chemicals,” he asked.

He says it is unclear what benefits the community will gain: The gas “goes off to NSW and the only gains maybe a brief presence of fly-in, fly-out workers”.

He said the department head had stated the methods would be “world class – but how good is world class?”

While the council has control only over the municipal area, there appeared to be a consensus that the moratorium would extend over the town’ water supply areas in a wider area as well.

When the supporters of Cr Melky criticised the absence of firm arrangements with Dr Hawke, Mayor Ryan said “I don’t run the government”.

He asked why the Alice Springs Town Council should get involved: Neither the Parliamentary Opposition had taken a stance, nor the rural councils. There would be no fracking in the municipality so far as he knows.

“It’s not a smart move to deal ourselves out of the discussion,” said Mayor Ryan.

“We are driving this argument in Central Australia. It’s a death knell debate … a hysterical rush to the waterfall.

“We want to hear from the author [of the report]. That’s what the other members have asked for.”

But both Crs Kudrenko and Paech said there had been broad debate in the community as well as in Parliament.

The Katherine Town Council and the NT Department of Mines are having ongoing discussions about the council’s decision to push for a moratorium on fracking, says its CEO, Robert Jennings.

In response to a question from the Alice Springs News Online he said the decision had not influenced the relationship with the department.

The decision followed consultation with the community, “both sides of the issue,” and strong local concerns because Katherine “sits on a large aquifer”.

The discussions are still in the early stages but “so far so good,” says Mr Jennings.