The Alice Springs company allegedly owing substantial amounts of money to some of the suppliers of the Mbantua Festival in Alice Springs in August last year appear to be in deep water again, this time over the Australian Indigenous Fashion Week held in Sydney in April this year.

The Sydney Daily Telegraph reported on Friday that the event’s future “is in doubt with the company behind it now in liquidation owing hundreds of thousands of dollars to suppliers and talent.

According to the paper: “Founder Krystal Perkins’ company All The Perks owes almost $400,000 to creditors and people involved in the fashion event, which was held at Sydney Town Hall in April and aimed at showcasing ­Aboriginal design and modelling talent.”

By the time the fashion week was staged there had been, for some months, a widely publicised uproar in Alice Springs about the firm allegedly not paying talent and suppliers to the inaugural Mbantua festival. Krystal Perkins has never responded to our request for information and comment, while Neville Perkins has contested the allegations.

The Alice Springs News Online and other media have pointed out Ms Perkins role in the troubled Arrulka, also involved in Mbantua.

In March 2013 IBA announced in its newsletter that it was “proud to be supporting the initiative” and that program participants would be “offered valuable business management, development and marketing training from IBA, better equipping them to negotiate the commercial side of a highly competitive industry.”

Mbantua Festival followed later that year, with controversy over payments arising in December 2013,  yet it seems that at no stage were the brakes put on the organisation and control of the Fashion Week.

IBA says it was “only one of several sponsors” and it is forbidden by law to disclose details of sponsorships. 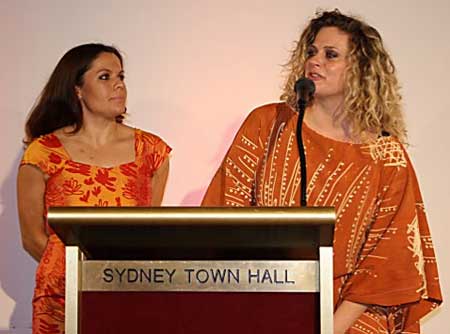 Ms Perkins could not be contacted by phone – the mobile and landline numbers quoted on the All The Perks website were not connected. There has been no response before publication to an email requesting comment.