Snapping Henley on Todd out of its midlife crisis 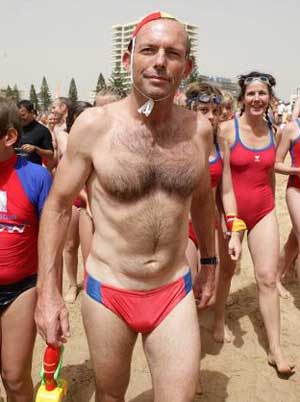 The battle of the big boats at night? A budgie smuggler race including prominent politicians? Marching lifeguards? Resurrecting the greasy pole? An Afghan chariot race?

These are just a few ideas being tossed around by Rotary members to help the Henley on Todd over its mid-life crisis: Of late, HoT hasn’t been as hot as it used to be.

Crowds have been down to between 3000 and 4000, revenue has dropped, and locals – well – for many it’s same old, same old. All this is something the service clubs are determined to turn around.

The first Henley on Todd was staged in 1962 and it has – arguably – become the town’s iconic event.

The Finke Desert Race has many more spectators (12,000). The Camel Cup is also very popular. And all three are run by volunteers. However, there are motor and camel races around the world.

Having a boat race in a river without a drop of water in it, whilst taking the Mickey out of the toffy Henley Royal Regatta on the other side of the world – that’s the kind of whacky stuff they could come up with only in The 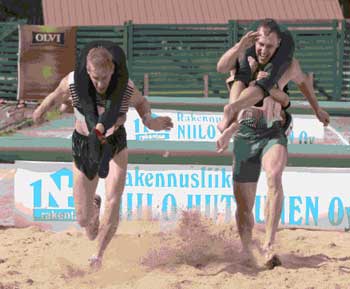 Alice, during its heyday.

HoT is run by the nearly 100 members of the town’s three Rotary clubs who spend thousands of unpaid hours a year preparing and running it. HoT has raised an estimated $1m (at today’s value) over half a century for charity.

The push to rejuvenate HoT is headed up by local CDU business lecturer Eric Bailey who says not just Rotary members, but the whole town should be given a say about how to bring the event back to its former glory.

And if it’s not for the fame and the fun of it, it should be for the money: the local business community earns $200 a day from every visitor in town, says Mr Bailey.

“We need to make it a ‘must do event’ again. We need you to give us ideas.” 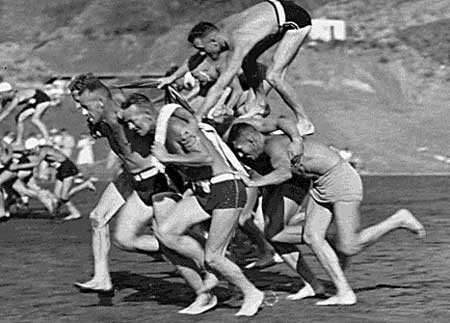 PHOTOS, top: A budgie smuggler race with political doorstop thrown in?  • Left:  Wenching, an Irish pastime. •Below: ‘Afghan chariot’ race – these are actually Diggers in Egypt during World War I.

DECLARATION OF INTEREST: The writer is a member of the Rotary Club of Stuart.