How to diversify our economy: Labor's view

IMAGES (from top): Tennant Creek Clontarf Academy alumnus checks out Bootu Creek Mine. • The Inpex accommodation village at Howard Springs: will young Aborigines join the FIFO workforce? • Ted Strehlow: His work could be a cornerstone for a revived tourism industry. Labor’s Gerry McCarthy says Alice Springs should get “the new interpretive style museum of the 21st century” about Central Australian art and culture, a structure and styles of display similar to the Defence of Darwin museum. 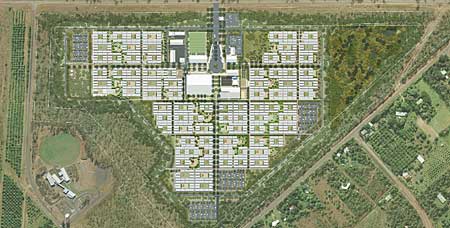 “What’s the future of the little rapper, the Aboriginal kid of today, who’s now between 18 and 25, and who is incarcerated, who exhibits a higher recidivism rate than in any other jurisdiction in the country, with his baseball cap turned backwards and his Snoop Dogg playing through his earphones?

“Is he going to go home to Maningrida or Yuendumu to grow cabbage? Unlikely.

“But if I can get that kid trained up to operate a tractor, drive a forklift, in an environment where I can stabilise his sleep, and his work, and his nutrition, and I can put him around people who will motivate him and talk about the real world and its opportunities, then there is a chance that kid will go back to Maningrida to a job, and possibly be working on the barge landing, or in Yuendumu or anywhere else you like.”

This is what’s keeping Gerry McCarthy awake at night. He was a school teacher for 30 years, founded five bush schools in the NT, was elected as the Member for Barkly (Tennant Creek), and spent four years as a Minister in the Labor government until it was defeated in 2012. He is now the Deputy Opposition Leader.

We asked Mr McCarthy to talk to us about diversification of economic activities in the NT.

It may sound like a dry topic but in his mind it goes to the heart of the Territory’s mostly agonising social problems.

As unlikely as it seems, he says the future for that little rapper may well lie in becoming a fly-in, fly-out worker on a project like Inpex in Darwin, or on other mining, transport and construction industries already existing or in the future.

“You guys in Alice Springs have got two air services a day to Darwin,” says Mr McCarthy.

“What’s the problem with young people from Alice Springs and surrounding communities getting on a plane and heading to Darwin and working on the Inpex project? 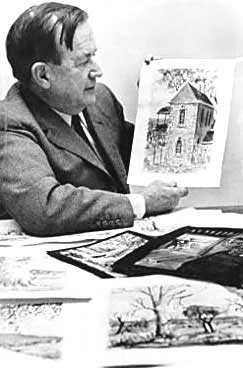 “It’s the biggest construction job in Australia at the moment, a $40b project.

“There is a 3000-bed supported accommodation facility. To get a kid out of Yuendumu working side by side with the best boilermakers in the world on the Inpex project – that would be education in progress.

“And unless we get that right, that kid is destined to repeat another generation of unemployment.

“There are enormous opportunities already. I’ve got three boys. Two are in the mining industry, fly-in, fly-out.

“It you are prepared to do 14 days on and seven days off, you can have a cash income which you can spend on developing your outstation, have reliable transport, provide your wife with furniture and curtains, and have money in your pocket.

“You fly home with cash, a flat screen TV, a roll of curtains for mum. For that you need real wages. You can’t do this on the dole.”

Mr McCarthy has no illusions about the obstacles – issues of confidence and trust, boyfriend / girlfriend jealousies, coming home after a fortnight with “two and a half grand in their pockets”.

While the mining companies are bending over backwards to accommodate workers from the bush, the communities themselves have not mastered the changes.

“There are incredible opportunities in these projects for women as well.”

Mr McCarthy says he spent the past 10 years of his life urging the younger generation to focus on these opportunities. Sometimes it seemed like a losing battle.

There is a manganese mine 100 kms north of Tennant Creek, with a workforce of 300 on site.

The company has given an open invitation to the town of Tennant Creek to supply 30% of the workforce.

“At the moment we’re flat out having 10 guys on the bus traveling up there for a shift. Yet there is completely supported hospitality – food, accommodation, a free bus.”

The chance is there for the “experience in the big wide world”.

“Unless we make kids confident to leave home, we’re not going to break this cycle of dependency,” says Mr McCarthy.

“We need to shift the resources back down to the early childhood area, zero to eight years is where we need to be focusing, on the kids born into families where there are possibly two or three generations of unemployed.”

ELEPHANT IN THE ROOM

Mr McCarthy (pictured), like all politicians the Alice Springs News Online has spoken to recently, does not pretend to have the answers about the elephant in the room: half of the Northern Territory’s 1,349,129 square kilometers is owned by people overwhelmingly dependent on public handouts.

While Australia accepts that welfare payments should be, and are, means tested, this immeasurable wealth in Aboriginal real estate produces practi

“We’ve hit the milestone where Aboriginal people want their land to provide an economic return.

“The trick is, how do we engage them so they don’t sit back as a passive recipient through royalties, but through being actively engaged, with skills within business and commerce.”

All that sounds good – but how do we disentangle the convoluted ownership structure of Aboriginal land: it is inalienable (cannot be sold); it can be leased, but under what conditions? What actual power do the land trusts have? Are there influences which limit and pervert that power?

“I don’t know,” says Mr McCarthy but he suggests some answers may flow from the Federal Court case about the Muckaty radioactive waste facility for which one single family, and the Northern Land Council, have granted permission.

It’s not surprising that Mr McCarthy – a politician from a mining town – puts the role of extractive industries, and the facilities they need, at the top of the development agenda: better roads, an expansion of the rail network and a bulk commodity port in Darwin.

The east-west Outback Highway needs to be part of that, he says. The “inner” Mereeenie loop road was all sealed by Labor, except for 6kms, while the “outer” loop remains in the too hard basket because the Central Land Council denies easy access to gravel, sand and water. Best guess of the sealing cost is a million dollars a kilometer for the 130 kilometers.

Mr McCarthy says “the big end of town” is seeing a great future in “alternative gas, a network of pipelines harvesting alternative shale gas out of McArthur River, Georgina and Beetaloo basins and linking them to the east coast, coming off the existing Mereenie to Darwin pipeline, somewhere north of Alice Springs, around the Plenty Highway corridor”.

This would make us a “major global player, not just in offshore gas, but onshore as well, to service particularly domestic needs. 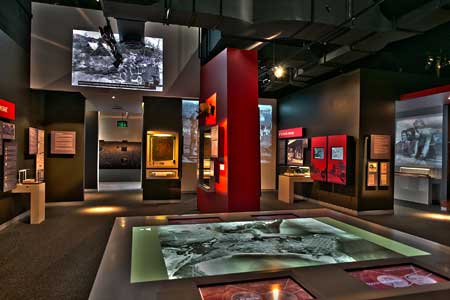 “We could put the high risk coal seam gas on the east coast out of business.

“That’s what I call nation building projects. Santos is spending $360m in the next few years, the majority of this in the vicinity of Mereenie, just to the west of Alice Springs, and in the McArthur Basin, near Borroloola,” says Mr McCarthy.

“Now, a Territory Government needs to show leadership, supporting that, and creating markets.”

He’s not optimistic about the “latest rhetoric form Canberra about the food bowl of Australia”.

He says conservatives focus on the Ord River, but broad acre farming – such as the Chinese sugar cane project – is not labour intensive, and doesn’t  put product on the table. Rather it feeds mills and refineries.

Yet we can have a role in a central government policy shift for this “most highly urbanised country in the world”: Ti Tree, Rocky Hill, Ali Curung and Neutral Junctions have shown the capacity for small-scale farming, but for this to be extended into Aboriginal land, a way needs to be found for it to be divided up so that small groups – families, clans – can control and use it. Ali Curung has a population of 300. At present just one is working on the 400 hectare watermelon plantation.

A BOOM FOR TOWN

“We’d be building new hotels to accommodate the influx of tourists. Basically the whole world wants to know about Indigenous culture.”

No more or less, that is Mr McCarthy’s vision for the Alice Springs tourism industry to get back on track. And he says the treasures in the Strehlow Museum (at present mostly inaccessible) could be the focal point of “the new interpretive style museum of the 21st century”.

The Labor government started the digitisation of the collection established by the famous anthropologist working with Western Arrente people.

Add to that present-day Indigenous and non-indigenous artists, from this “very dynamic art community,” in collaboration with “traditional owners, who are very interested” in such a project, and we’d have a formula for presenting to visitors something that’s not available anywhere else in the world.

Mr McCarthy suggests a building similar to the Defence of Darwin museum, for – initially, as “mid-range project” – $12m to $15m.

A larger gallery, for around $100m, could follow in the future, with Federal support.