Ryan vs Liddle: beyond mediation 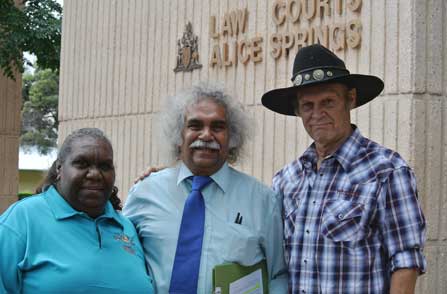 The face-off between heavyweights in the local Aboriginal political scene continued in the Alice Springs Magistrates Court today, with both sides declaring that they were unwilling to go through a mediation process.


The applicant for a personal violence order, Maurie Ryan, chairman of the Central Land Council, attempted to explain his refusal in terms of the defendant’s character. He didn’t get very far as the defendant, Michael Liddle, is represented by former senior lawyer for the land council, David Avery. Mr Avery sprang to his feet with a loud “I object”, complaining that Mr Ryan was attempting “to smear” his client, “yet again”.

Mr Ryan, representing himself, said in reply that if the matter goes to court he has people ready to swear affidavits …

Magistrate David Bamber interrupted, explaining that mediation is part of the process, and he usually needs to hear good reasons as to why parties are declining to submit to it. 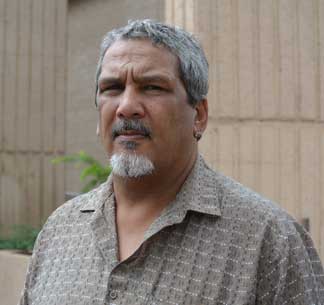 When Mr Ryan attempted to go to the heart of the matter – saying that he “feels unsafe” in his workplace and his place of residence – Mr Bamber concluded that “you don’t feel mediation can resolve” the issue.

Mr Avery said his client feels similarly, as he indicated last time. He said his client denies Mr Ryan’s allegations, there’s “nothing” behind them and one “can’t mediate nothing”.

Mr Bamber set the matter down for hearing on March 25.

Mr Ryan had meanwhile told the court that he will approach the Federal Government’s Minister for Indigenous Affairs and the Attorney-General, seeking their help to get him legal representation, as he is “the head of a statutory body”.

Outside the court – flanked by Marie-Elena Ellis and Frank Ansell, both with high profiles in the local Aboriginal political scene – Mr Ryan expressed his satisfaction in getting a hearing date.

Mr Liddle was formerly deputy chairman of the Central Land Council and continues to be on the executive, representing the native title holder body, Lhere Artepe Aboriginal Corporation.