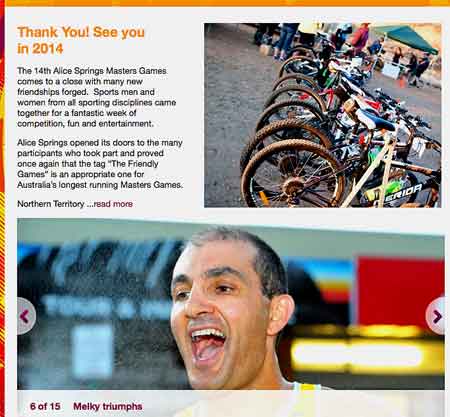 Councillor Eli Melky is standing by comments he made at Monday’s Town Council meeting about price gouging by the accommodation industry during the Masters Games, but Tourism Central Australia (TCA) says it is common practice to vary rates according to demand.
Cr Melky said today: “It does not make sense to have a fluctuating rate.
“My view is that when the market is down the tariff is reduced. It is also an indicator that there is an opportunity to consider better strategies to increase demand for that period, rather than increasing the rate during peak periods.
“This approach is detrimental in the long term to the town’s economy and tourism. You are pricing yourself out of the market.
“This and the monopoly enjoyed by Qantas are major obstacles to a recovery of the industry.
“We must do something about this,” says Cr Melky.
“The town cannot afford that TCA is silent on this issue.”
Its acting general manager Laurelle Halford late yesterday provided a comment about increased accommodation prices during the Master’s Games.
Ms Halford says: “To my knowledge, TCA has not had any negative feedback about this. It is quite normal during a major event period. It is the same the world over.
“Take for instance the fact that accommodation costs in Darwin literally triple over the Darwin Cup and V8’s period.
“In my own search for accommodation in Hobart for this Christmas and New Year, when the Sydney to Hobart race is on, accommodation costs on Wotif were extremely inflated as well.
“The fact that it happens in Alice Springs is of no surprise and it has been happening for as long as I have lived here and been in the tourism industry – 12 years,” says Ms Halford.
“Hotel operators tell me that when negotiating rates with their wholesale and inbound partners, they are actually asked to nominate their rates during special events periods over and above their usual rack rate.
“Hotel operators also tell me that the average occupancy rate over the Master’s Games was 75-80%, with the highest rate on a particular day being 90% – a good result all round.”

Cr Melky, a keen sportsman, seen as a competitor on the Masters Games website: See you in 2014? Maybe not.