All new Old Ghan: Revival plan for an icon 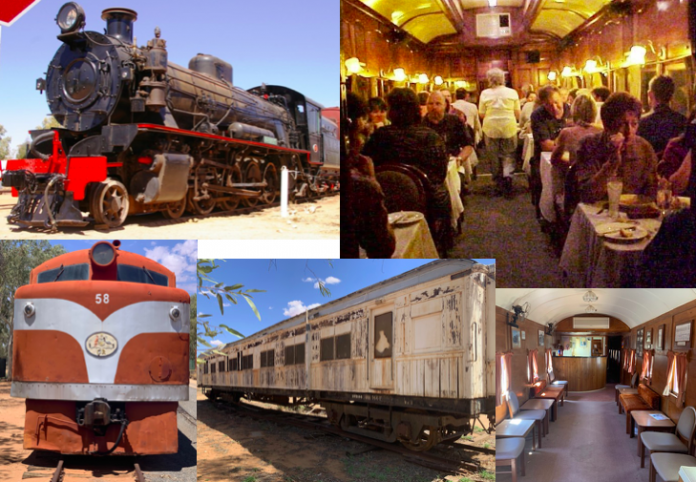 It may be back to the future for the Old Ghan train, that iconic rail link to The Centre built between 1878 and 1929, all but forgotten for more than a decade but now the subject of an energetic revival effort.

Phil Scruggs and other members of the Ghan Preservation Society being exhumed are drumming up support around town for restoring the two diesel and a steam engine, several goods trucks and passenger carriages, the workshops, and the narrow gauge track itself, as far as Ewaninga as part of a five-year, as of yet, unfunded plan.

Mr Scruggs says one of the diesel locomotives is in running order. The steam engine would cost an estimated $2.5m to restore, especially now that local expertise has dwindled.

Surprisingly he says that the track is still 80% intact to Ewaninga, despite the removal – authorised and not – of rails, jarrah sleepers and the famous dog spikes prized as souvenirs. 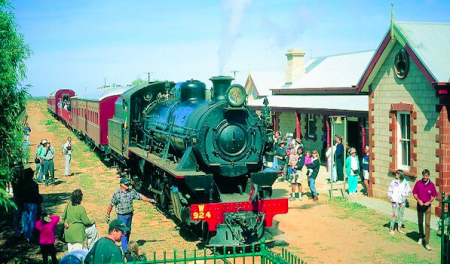 The Old Ghan siding, co-located with the National Road Transport Hall of Fame, got a shot in the arm with the construction of a 1930s style station building (pictured) in the 1988 Bicentennial Year and provide fantastic memories for everyone that took advantage of the short train excursion.

The society has a history of internal bickering but has a totally fresh start with Mr Scruggs at the helm.

He has a passion for history and trains and describes himself as “a Yank new in town”.

“There are lots of challenges for the new team but should they succeed in this endeavour, the town of Alice Springs will have a huge tourist drawcard and a fun transportation park for locals alike,” he says.

Photo collage at top: White derelict carriage – once a beautiful carriage, fell prey to neglect in 2005 and is not expected to be rebuilt. NSU – this class of diesel engine was the backbone of the Ghan rail line in the 60s and 70s. The NSU-58 is expected to be running passengers again in less than three years. Steam Engine – the W-924 was built in 1951 then renovated in 1992. It sat neglected since 2005 and will require significant work repairing the steam boiler and the cab. Dining Car – a dinner party in the glory days of the Ghan Preservation Society.

Alex Nelson took these photos at the Ewaninga Siding during a brief visit there with the Heritage Council in early September last year.

“It looked rather sad and sorry,” he says. “The frame for the ‘world’s largest bough shed’ can be seen to the left of one of the pictures featuring the Ewaninga sign.” 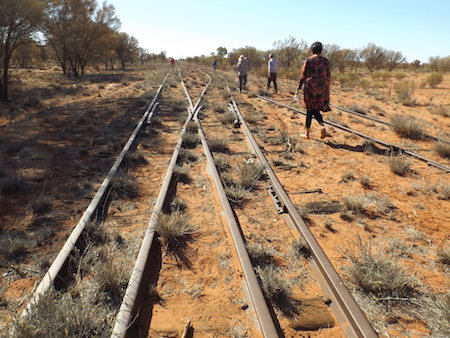 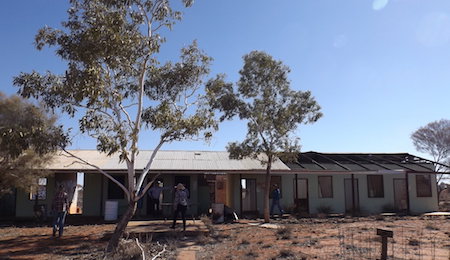