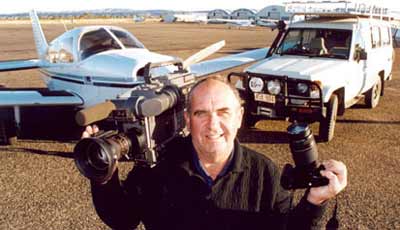 Some hoped with the advent of a Labor government in 2001 the management of residential land, including public land, would cease to be an issue handled behind closed doors. No longer would it be the domain of the high and mighty, and be manipulated principally for their benefit. Disappointed hopefuls will no doubt revisit these issues before they cast their vote on August 25.
First we had Clare Martin making a hash of native title policies, setting its compensation value at 50% of freehold (in WA native title compensation is worth around 5%).
Not learning a thing from what they did at Stirling Heights, Labor repeated the strategy at Mt Johns. Just as housing prices were driving people out of town and strangling the economy, the government further stubbornly refused to assist Ron Sterry, who had spent a great deal of his money beginning to develop a huge housing estate in Ragonesi Road, his life’s dream: no helping hand for him with headworks, such as Lhere Artepe received in Mount Johns.
When Max Ortmann earned his reputation as a bully from north of the Berrimah Line by giving Denis Hornsby permission for small blocks in blatant disregard of the neighbours’ wishes, Peter Toyne and other ALP figures vowed such a thing would never happen under a Labor government. Mr Toyne of course has long gone. This year the Labor Minister for Lands and Planning Gerry McCarthy has done exactly what Mr Ortmann did. Mr McCarthy’s advice from the Development Consent Authority, which supposedly represents the public, has never been made public. The Lands Minister then acted with the acquiescence of the so-called Minister for Central Australia, Karl Hampton, violating the expectations of people who bought land in the adjacent Rangeview Estate (the author is one) on the understanding they would live in a two hectare minimum neighborhood.
And now both McCarthy and Hampton are mute about vital aspects of their plans for Kilgariff. If democracy involves people casting their vote based on sound information, then sure as hell we haven’t got it here.
• • •
An acquaintance of mine has an interesting theory: Alice Springs expels to south of The Gap what it doesn’t want.
Warning: some may find the following disturbing.
Included are feces, urine, garbage, dead aeroplanes.
Some speculate that Kilgariff is being developed as a domicile for undesirable people. (Details about the new suburb are scarce – see above.)
Food for thought?
• • •
A bouquet for the cops for cracking down on alleged drug dealing in a town camp, with five associated arrests so far. Those familiar with the dope scene say marijuana has a huge market in town and bush despite its cost here being a multiple of that interstate. If the effort of getting it here and distributed were applied to legitimate pursuits, this would take care of many of our social woes, one observer says. And if you think that dope is still what it used to be in the good old days, making you giggle and love everybody, giving you the munchies and soon dispatching you into a peaceful slumber, think again: today’s hydroponically grown stuff hits you like a hammer, and mixed with booze can turn you into a mongrel.
• • •
When nationally known artist Pam Lofts was struck down by motor neurone disease it was a blow for The Alice and Australia whose attention she had drawn to the social complexity and magnificence of her beloved deserts around this town. She was remembered on Friday in a ceremony at the wonderful Olive Pink Botanic Garden. In the winter light we listened to her friends talking about a life full to the brim of a place – as one speaker put it – she thought that though she might never “belong” here, nevertheless she could connect, and remain connected. It was an event confirming the diversity of the town, and that each particle of it is capable of being extraordinarily intense and touching.