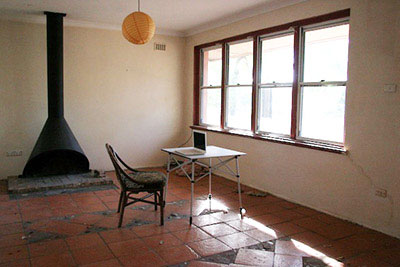 And so it begins … the mass exodus towards the coasts, towards international airports, family homes, romantic getaways, relly bashes of epic proportions or a bit of down time. Whatever way, there’s a lot of work being put in at this time of  year – finishing projects, tying up loose work ends, attending end of year dos, making Christmas cards, making lists, the mind running double time and, god forbid, all this whilst moving house!

Where is Christmas in Alice Springs when you’re one of the many movers? I was involved in the kid’s Christmas carnival, themed around a crazy Alice in Wonderland tea party on miniature mushroom shaped furniture. The kids (and I) loved it but I didn’t see Christmas. And even though the big Christmas tree has been lit and carols by candlelight have been sung, I’m still not feeling it.
But maybe I’m just more absorbed in trying to figure out how and what to pack. One bag for Sydney and the rest of my stuff fits in my van. That doesn’t sound too complicated I know, but I have made it that little bit more interesting for myself by needing to sort it all into different categories of storage needs. There’s the most prized possessions that need the added security of being stored in a cellar and the things that, if my van was to disappear, I wouldn’t be too devastated.
I heard Christmas carols playing for the first time in Woolies the other day. I’ve since had stuck in my head, “and so this is Christmas, and what have you done? Another year over. And a new one just begun.”
There is something all at once super reflective and somber and exciting about your voice echoing in an empty house. Maybe it’s an accumulated memory of all the other times that new beginnings have been created and past chapters have ended.
As kids we used to get massive assaults of Christmas beetles against the fly screen doors, but they were these technicoloured numbers. Where are those critters these days? Now they seem to have lost their finery and only come in the one standard gold colour. Anyway I have noticed those around the last few weeks so I guess that is kind of Christmassy.
Christmas in Alice, from my perspective as a newcomer and one who is making preparations to leave for a few weeks, seems to be about people leaving. The police are going around to local business and discussing their security plans for while they’re shut. Shop owners seem to be more focused on ‘closing down for summer sales’ and downsizing or closing up full stop rather than hitting the stride of frenzied Christmas specials. I’ve always suspected that without the media and consumerist gusto Christmas is really just a little bubble in the background of the end of another year (religious ritual aside of course).
What is it that’s missing exactly? The coercion to participate in a consumption ritual of buying stuff sets me off on long nights making chutneys or weird homemade crafts – things stuck onto things – as presents for the near and dear. It’s funny to realize the things that I hate about Christmas are also the things that trigger my recognition of it.  But maybe Christmas doesn’t really take shape unless or until you are amongst the regular trappings of your past Christmas people and places.