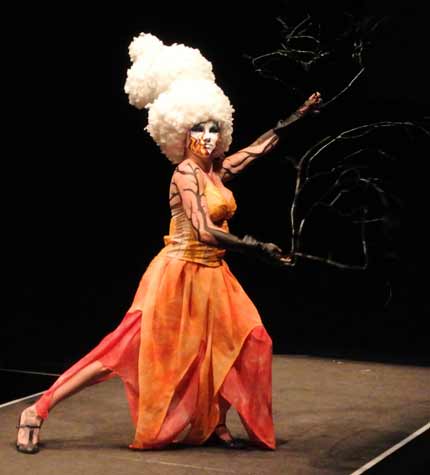 Though the veteran designers of the Alice Desert Festival's Wearable Arts Awards have all but bowed out, the arts and the show live on. Certain names are now establishing themselves as ones to watch out for  – such as Simone Kilian and Tina Tilhard – while names associated with different roles – such as Jen Standish-White and Mary Menotti – have emerged to reveal unsuspected talent. Edginess, provocation and humour were not to the fore this year, but refined skills were – in design, execution and performance. Many models did much more than strut – some expressed moments of intense drama and emotion, others revelled in the sensual experience of the adorned body and pulsating music. WORDS by KIERAN FINNANE, PICTURES by ERWIN CHLANDA.

Click on FULL STORY for more pictures and video.