‘We have lost control of the CBD’: Mayor 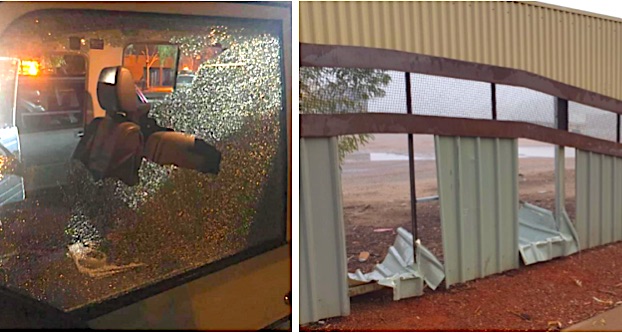 Parrtjima withdrawing its events from the CBD needs to “get a reaction” from the Department of the Chief Minister (DCM),  the reinstated Mayor Damien Ryan told his colleagues on the Town Council last night.

He and Mr Jennings met yesterday (Monday) with CEO of the DCM, Jodie Ryan, and Cliff Weeks, DCM’s senior public servant on the ground in Alice Springs, to impress upon them that they had come for “quick responses”.

He said it was “disappointing” that the pair did not know that NT Major Events had made the decision to withdraw Parrtjima from the Mall.

He and CEO Robert Jennings had received notice of the withdrawal on Sunday, after the light festival experienced a “very bad” night on Saturday. 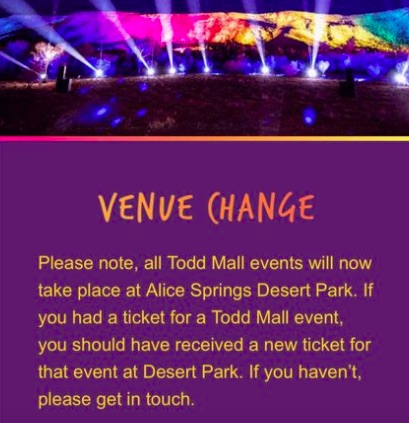 Patrons who had booked tickets were notified only yesterday. Mayor Ryan had received numerous phone calls on Sunday night from people who had turned up for the program in the Mall to find the lights on, but none of “the shows”.

Parrtjima’s withdrawal is “an indictment that we have lost control of CBD,” said Mayor Ryan.

NT Major Events however have down-played the withdrawal – see their statement in the update below.

A “flare up” in anti-social behaviour pre-dates the weekend. The issue was raised without reference to Parrtjima by Councillor Marli Banks, another returnee to council from the NT election campaign.

She had observed a lot of events being reported on social media, and wanted to know where council was up to in “working towards positive solutions”.

Cr Eli Melky added his own experiences – “a real time check” – to the picture.

He said his property management business is receiving five to six reports daily of incidents in their properties – of cars smashed in carparks, for example.

He said the business is also being approached by “multiple people” wanting to list their houses for sale, saying they want to leave town.

Above: Screen captures from CCTV footage shared on social media on 11 September, said to have occurred  at 4.30am a few days previous. The location is the intersection of Stott Terrace and Bath St . first image, car entering the road is about to t-bone the oncoming vehicle; second image, the moment of impact. Occupants of the car at fault immediately fled the scene. “We are not far away from a fatality,” commented the poster.

Although his business benefits from selling property, “we don’t want to sell on that basis whatsoever” – of people feeling so “helpless”.

He reported that the bus he and his family took to Parrtjima at the Desert Park on Sunday night had its windows covered in plastic, as they’d been smashed the night before. People he had spoken to had had their cars “rocked” (rocks thrown at them).

He said on coming to town Sunday to find glass broken all over Gregory Terrace , “broken bottles, cars”, the words “under siege, war zone” came to mind. 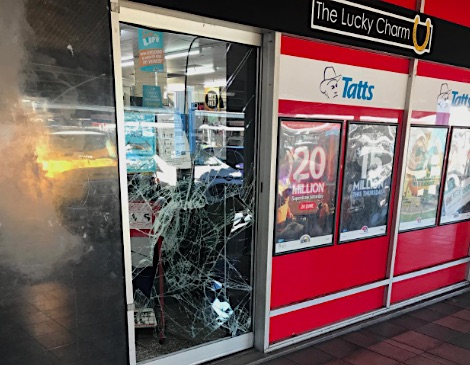 “For every action, there will be a reaction”, and the level of frustration that is developing is not “acceptable”, said Cr Melky.

He agreed that Labor has been re-authorised to govern and council needs to work with them, but it needs to go beyond the usual rounds of meetings, discussions, pacifying.

Mr Jennings said anti-social behaviour had improved over “the Covid period”, but now it was ramping up again, particularly over the last month.

He said he had made the point to Ms Ryan and Mr Weeks that “safety is the foundation of everything”.

Big projects for developing the town, socially, economically, environmentally, won’t work without it.

“They heard us, they understand it is a key issue,” he said, and there will be ongoing meetings with DCM and “other key partners”. A deputation to council from senior police has also been booked in.

Cr Banks wanted to know whether council was going to wait for the DCM to facilitate meetings “or facilitate our own”.

Mr Jennings said, that without council neglecting the issue, it is the NT Government that has the agencies and resources to make the most difference.

Cr Jimmy Cocking raised the issue of rocks on the Stuart Highway and kids running through the holes in the Ghan fence (on the right in the photo at top).

He said the disrepair of the fence was “a terrible reflection on the town”, impacting, like accumulating litter does, on its “general psychology”, and a better strategy is needed to manage and maintain the “amenity of town”.

Mayor Ryan said a barrier needs to be built a metre behind the fence and the holes need to be fixed; he wanted council to immediately write to the NT Government about this. 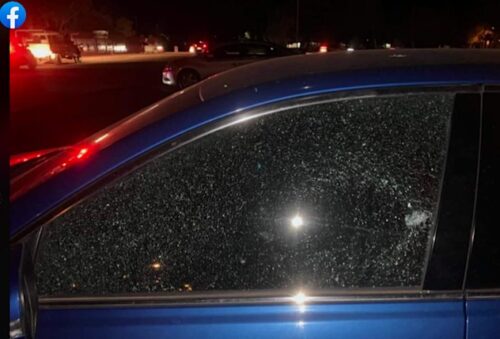 Cr Banks urged council not to wait for the government to take the lead. She reminded the Mayor and CEO of the move early in this term of council to build relationships with the community, “especially Traditional Owners”.

“The state of disruption is beyond what is reasonable,” she said.

Council needs to “stand against the behaviour” and find “meaningful partnerships” to help it do so, with the “onus” on council to take the first step.

The Alice Springs News has asked NT Police and NT Major Events for comment. We will update this report when they come to hand.

We’ve seen great interest in Parrtjima with more than 5000 visits over opening weekend and our program of events fully booked out – some were oversubscribed by more than 100 per cent.

We’d been looking into ways to increase capacity, and that included moving the program to Desert Park.

There was some anti-social behaviour late on Saturday night in Todd Mall after our events had finished and all patrons had left the venue.

There was no injury to any patrons or staff, or damage to Parrtjima equipment.

This behaviour is disappointing. Parrtjima is a free community festival, designed to showcase Alice Springs and celebrate the amazing culture and location of the Red Centre.

After careful consideration, it became clear we couldn’t consider increasing capacity in the Mall, both due to logistical limitations and the possibility of more anti-social behaviour.

The program was moved to Desert Park and we were able to issue tickets to more than 2500 people who were on waitlists.

This is great news for those eager to immerse themselves more deeply in the Parrtjima experience.