Use your dollar to force fuel prices down: Murray Stewart 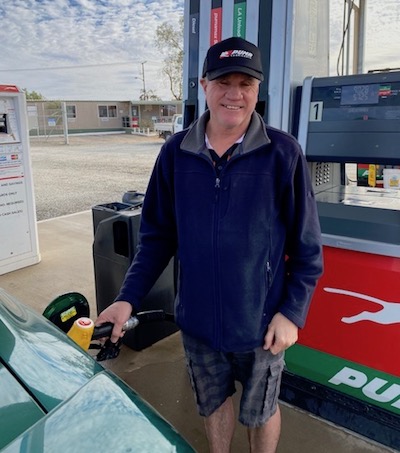 He’s encouraging motorists to fill up, for the next four days, at Puma fuel depot at 12 Dalgety Road, Braitling, which he says “has consistently the lowest prices for both unleaded and diesel.

“Over the last two weeks, even though they can and must do better, it is this outlet to which we should give our short term loyalty in order to bring about a fair price correction,” says Mr Stewart.

He dismisses the recent claim by Chief Minister Michael Gunner who said if fuel companies didn’t bring down their prices he would be doing it for them.

“He’s made a headline grabbing statement but where has he been since?”

In any case, consumer campaigns may well work better, because they can achieve even lower prices than those set by governments.

Mr Stewart says: “The current differential, between the terminal gate price and the pump price, is at an unacceptable 26 to 32 cents per litre in Alice Springs.

“According to the Royal Automobile Club of Queensland, who are the national leaders in real fuel price research, the differential should be at least half of that.

“I do not buy the argument that these companies give to charities so let’s leave them alone!

“Under that principle, why not charge $2 per litre, wow then there would be lots of money to go around for everyone.

“It is simply not charitable to rip off the town’s consumers and other businesses,” says Mr Stewart, who heads up the Alice Springs Consumer Action Group.