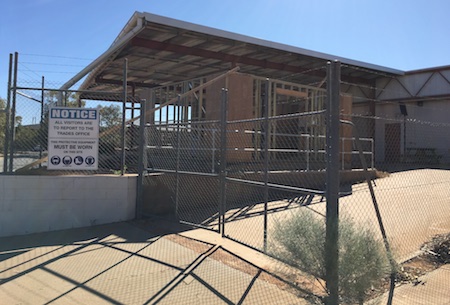 It is likely that Vocational Education and Training (VET) operations, such as those in Alice Springs, have been subsidising Charles Darwin University (CDU) operations elsewhere, such as Darwin, as described in Part One of this article.

A strong connection between VET and Higher Education (HE) is an important element to achieving national educational attainment and participation goals.

Six of the 39 universities in Australia are dual sector institutions, such as CDU, which deliver both VET and HE.

If functioning effectively, these universities should therefore be well positioned to contribute to such educational goals, something the last year’s VET review by the CDU was meant to examine.

Various efforts to strengthen the connections between HE and VET over the last 25 years had limited success. This has been due in large part, to differences in curriculum and in teaching arrangements and methods of assessment between the two sectors.

There are three main options in any attempt to bring HE and VET sectors closer together. 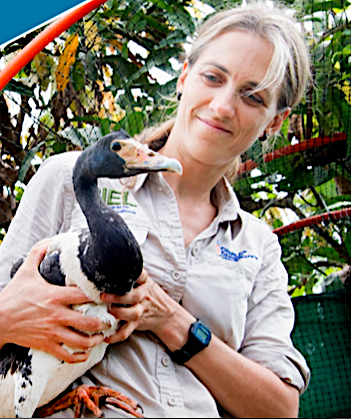 • The two organisations to separate and have their own administrative and operational systems. Many on the VET side favour this approach.

• Merge the two organisations in a mutually respectful arrangement with both reporting through equally ranked positions to the Vice-Chancellor.

PhD candidate Amélie Corriveau  studies magpie geese, which are  a threat to the $90 million mango  industry in the Northern Territory.

• VET is compressed into a structure dominated by senior management from HE.

Why this is likely to be a wise and financially astute decision? What benefits and costs are likely?

Some say that the major reason for the move would be that it would be more recognisable to overseas students. Such a motivation was also thought to be behind the decision to provide the Vice-Chancellor with the additional title of President.

While this may appear to make things neat and tidy to senior management it is important to note that other dual sector universities in Australia are moving away from such a structure because of the costs associated.

Has CDU once again moved far too late?

One major potential cost is the lack of similarity in the aims, objectives and teaching arrangements. VET follows a far more structured competency based set of training arrangements.

For HE published research is seen to be an important requirement for a staff member. They must “publish or perish”.

The need for VET to pass much of their hard earned revenue earned from teaching contracts into a pool accessed by HE causes substantial ongoing friction. 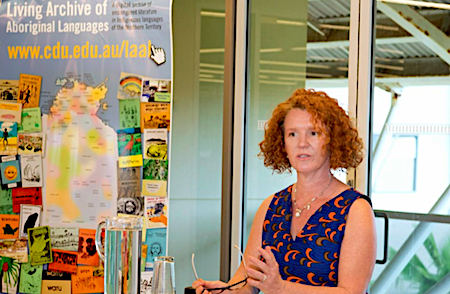 There are also major concerns within VET staff that high academic qualifications are not such a priority in VET and that this is not well understood by those within the HE sector.

How, they ask, does a PhD in sociology help understand how to develop on the ground skills and requirements in the tourism industry, for example?

VET staff understandably place far more emphasis on practical skills and experience than HE senior academics, some of whom may be placed in control of VET, although they have insufficient experience in practical on-the-job skills formation and business decision making in the commercial world.

There is the potential for further management and operational inefficiencies and conflicts if VET is not given the required equal degree of recognition within the senior decision making processes.

Before the now strong tendency toward Darwin centralisation at CDU, a previous Vice-Chancellor, Helen Garnett, had done much to recognise the wider geographical and demographic responsibilities of a Territory based University.

CDU needs to revisit this organisational structure in order to recognise the importance of regions which should be represented in the senior executive structure with a senior position titled, Deputy Vice-Chancellor Regions, for example.

While a more junior position has been created with regard to regional consultation based in Alice Springs, according to many observers the position is ineffective due to a lack of on-going organisational support from senior management. The position is therefore regarded by many as simply for window dressing purposes. 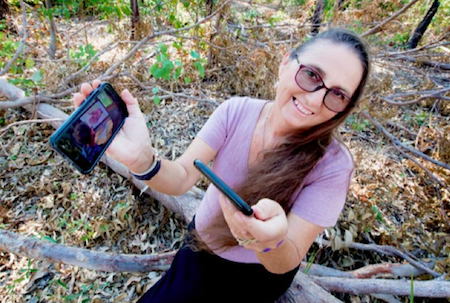 The Alice Springs campus should be headed by a Pro-Vice Chancellor to whom a Director of Operations should report.

Research Fellow Marianne St Clair shows how her smartphone can be used as a diagnostic tool.

This position would be responsible for operational management and control of the four VET Schools based in Alice Springs, including Community Services, Nurses and Aged Care, Retail and Hospitality, Primary Industries – Conservation and Land Management and Trades.

Given the attempts by CDU representatives involved in the last review into VET positions to wind down VET programs and positions in Alice Springs, the question is: Does CDU want to cease VET delivery in Alice and sell the existing campus land for residential purposes?

Is this the way CDU intends to try and balance their budget? Such concerns have been also expressed regarding the Casuarina Campus in Darwin as CDU presses for a large, new expensive infrastructure development in the Darwin CBD, costing north of $450m, on the basis of attempting to attract large numbers of international students to CDU.

Will Alice soon follow the same path as Yulara and Nhulunbuy and be closed too, residents ask?

The result of the ill-conceived processes used to identify programs and positions to be cut in the review is projected to have serious negative financial effects for CDU, worsening an already stressed financial situation for the University.

It is also expected that delivery of VET to remote communities will be affected due to important programs and staff cuts.

In a similar manner, the capacity of VET in Alice Springs to deliver VET to secondary schools will be affected. Key industry partnerships will be impacted in a negative manner. Importantly, some apprentices will be unable to complete their education with CDU.

The process that led to the recently released CDU VET change proposal was regarded by many in Alice Springs as ill-conceived, poorly organised and executed. It can be expected to have major negative economic, social and educational ramifications for Alice Springs.

It has recently been stated by senior management of CDU that a new review team will be established to “re-review” what has already been done.

This places CDU VET staff in Alice and elsewhere in the Territory, as well as students and the business community in a most unfortunate and very difficult position.

It raises the question why the senior management of CDU proceeded with the initial review in the way it had. Why wasn’t it done properly in the first place?

This inefficient and ineffective process has already resulted in valuable staff leaving VET and caused a great deal of stress and concern to members of the Alice Springs community. 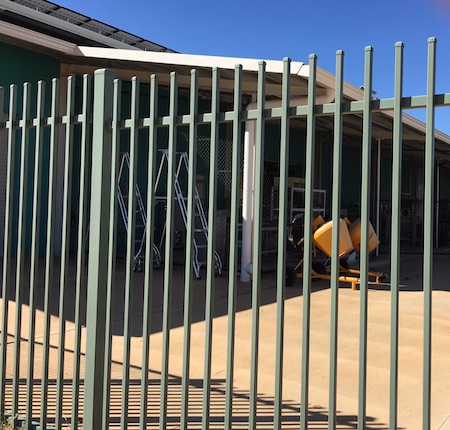 Such skills and experience are particularly difficult to replace in the context of the NT.

Staff need to be feel supported and valued, rather than made to feel redundant and unwanted, particularly given the process of restructuring and the fact that the review now needs to be redone. This is seen as a key failure of senior management.

According to observers in Alice it is now likely that CDU will expedite the decision to place VET within the HE college structure, an arrangement other dual sector universities are now moving away from.

There are likely to be important negative financial implications, given the highly competitive market for students within the tertiary sector.

Many tertiary institutions in Australia are now moving away from large monolithic, concrete building structures, based on traditional and conventional university structures, into sophisticated computer based on-line teaching and learning tools, delivered to both domestic and international students.

Many students prefer this to attending classes at set locations and set times. In particular, the student costs of education are greatly reduced.

Students who often need to also work can undertake their studies at a location and time that is more suitable to them.

On-line, computer based learning enables a student to learn at their own pace. Learning packages are attractive, user friendly and highly interactive.

In the United States the financially most successful universities are those specialising in on-line delivery, avoiding the need for very high overhead infrastructure costs, such as the CDU Darwin CBD development.

Agreements can be established with other universities to deliver innovative, highly sought after degrees, where students can mix and match their preferred degree structure from subject lists involving a range of universities with specialised competencies in selected fields.

By using on-line delivery systems it matters little whether the programs are based in Darwin or Alice Springs.

Such systems are in the here and now and bound to be the way of the future.

If the financial state of CDU is to be somehow turned around, it is essential that adequate computer based management information systems are created to inform management of the costs and benefits of decisions they intend to make, or strategies they seek to employ.

CDU senior management has enjoyed the strong support of the current Gunner government in all such decision making.

This is a major weakness. Such a lack of direction has emboldened CDU to redirect its focus from supporting the education and skills development of all Territorians to a focus on a risky and very expensive plan to attempt to bring a relatively large number of international students to the Darwin CBD.

One is left to wonder just how much effective liaison and consultation has been undertaken with the Alice Springs community, industry and professional organisations.

Is CDU indeed a university for Territorians?

Dr Don Fuller (pictured) holds a first class Honours degree and PhD in economics from the University of Adelaide. He has worked as senior public servant in the Territory and as Professor of Governance and Head of the Schools of Law and Business at Charles Darwin University. He grew up in Darwin and attended Darwin High School.