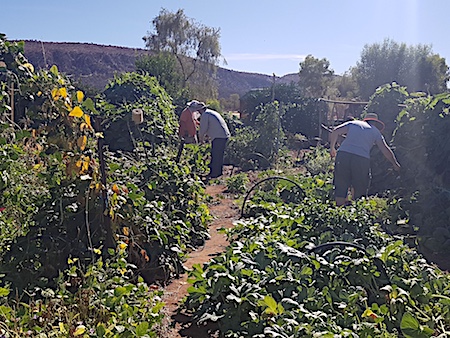 In the quest for the New Normal the Steiner School is ahead of the game: For example, students already use a single classroom for the entire day and are generally taught by only one teacher.

Almost all of the close to 200 students have returned to the school at the edge of town, on Ragonesi Road.

Principal Dina Fieck says that besides the pick and drop off periods in the mornings and afternoons, the students’ days have returned to as close as they can be to pre-COVID procedures.

“Parents come in and drop off their children, however they need to keep the social distancing when around the school verandas,” she says.

“All our parent meetings are done via Zoom at the moment.”

Kindergarten and early learning parents are expected to drop off their children in person.

Only two parents at a time are allowed up to the classroom. Fieck say the parents “wait in the playground for their turn.”

No Territory schools are expected to enforce social distancing amongst students, but the Steiner school has put assemblies on pause.

For the around 20 staff there have been some changes. Only three people are allowed in the staffroom at any time and morning meetings have been moved from indoors to beside the vibrant vegetable garden.

Ms Fieck says that this hasn’t had a huge effect on the lives of students or staff, as every classroom has a stove for cooking and fridge and storing lunches.

Mostly this only effects the coffee drinkers, many of whom make their fix in the classroom.

Aside from these precautions, the school has brought in extra cleaning systems as well as hand sanitiser at every entrance.

Plus, the students are “cleaning the desk surfaces and the doorhandles of their classrooms every day,” says Ms Fieck.

The school had a distance learning program up and running for the roughly 50% of the students who stayed home over the last few weeks of last term.

For the primary aged students, this revolved around practical projects, often in the garden, aimed at reducing screen time and teaching real world knowledge.

“We didn’t want to enhance their screen time. We knew they would be on screens a lot anyway,” says Ms Fieck.

For multi-child families, the school set it up so they could combine year levels, “outside of maths and English”.

Parents would then send in photos of the student’s achievements.

For students in grades six to eight lessons took place via Zoom. Some learning materials were sent through mobile apps.

Ms Fieck says that if distance learning had continued, grades four and five students would also have had to adopt this approach. 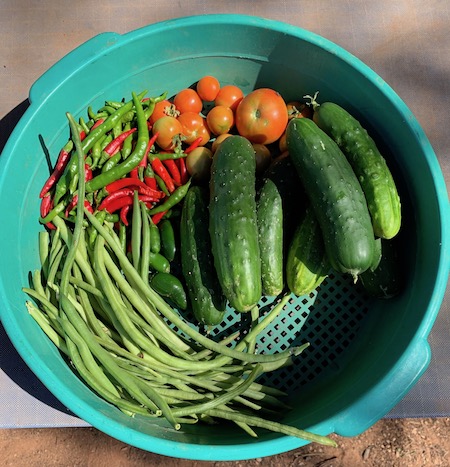 “We had a program set up for this term, which we ended up not having to use.

Community building aspects such as the school garden are already back in action. The store that sells the fruits and vegetables once a week could be up and running again next week.

Sadly, the Autumn Fair that the school is well known for, will not be going ahead later this month. However, it could be replaced this year by a Spring Fair in September.

“We can do that with social distancing, I’ve checked with the authorities in Darwin.

“We’ve got a place booked with the council. I’ve just got to go now and check that the parents have the energy to go ahead and do it.”

While the fair is the school’s biggest annual fundraiser, Ms Fieck says they “would manage without it.

“The main reason we do it is not for finance, it’s for community.

“Most people in Alice Springs know this school for its fair.”