Territory basket case in Commsec State of the States Report 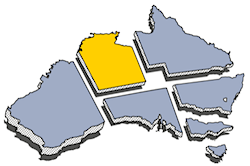 Sir – The Commsec State of the States Report reinforces a poor economic picture for the Northern Territory, with one of the most worrying indicators being the population drop of 163% over the decade average.

Other poor indicators include: Unemployment up nearly 34%, well above the decade average.

The Territory is the worst in home finance with home loan commitments down 4.8% on a year ago. Dwelling starts were 63% below the decade average.

Construction work is down a whopping 36% on a year ago. Retail spending is down one percent on the decade average, the worst result of all jurisdictions.

The Gunner Government can’t cover its tracks with the billions of economic stimulus spent by the Federal Government to temper the COVID-19 crisis.

We have consistently had the worst performing economy in the nation and Territorians are sick of it. We don’t deserve to be last, we deserve to be first, but we have a Government with no drive, no vision and no capability to deliver.