Soft song of rain will continue 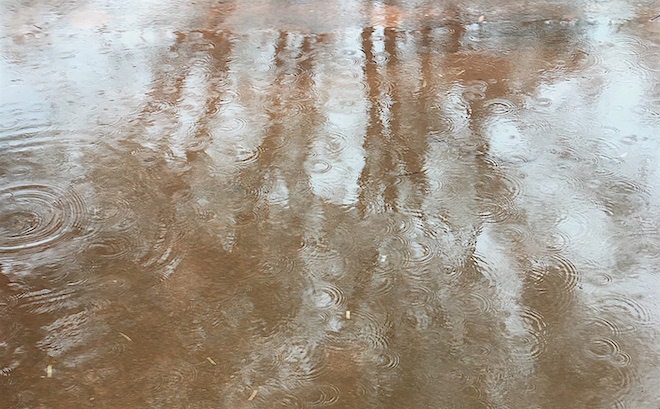 Alice Springs Airport gauges show that some 25 mm of rain has fallen over the last 24 hours.

Listening on the roof showed that it was of lovely and soft and continuous through last night.

Widespread rainfall is expected to continue over the next two days in the Simpson District.

The district is likely to receive some 10-20mm each day, with the possibility of heavier isolated falls of around 50mm, according to the Bureau of Meteorology.

It is likely to lead to stream and river rises, with a flood watch issued yesterday for the Tanami Desert, Central Desert, MacDonnell Ranges, Barkly, Georgina River and Simpson Desert.

The flood watch is due to be updated at 11am today. 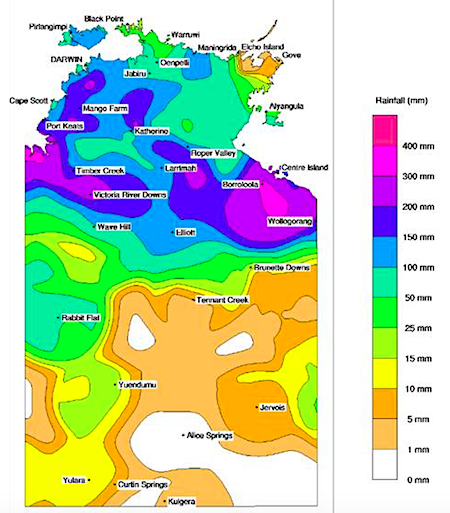 Ex tropical cyclone Esther is currently making its second trip across the NT, bringing less wind but plenty of welcome rain to areas south of Elliott, says the Bureau of Meteorology

Since making landfall as a category 1 system near the NT/Queensland border on Monday 24 February, it’s been remarkable how ex TC Esther has maintained its structure over land for more than a week.

Currently near Lajamanu, the system should leave the NT tomorrow as it continues its south east track through south west Queensland and eventually into New South Wales.

At right is where the rain has fallen in the past week (though the map has obviously not been updated with last night’s falls.).