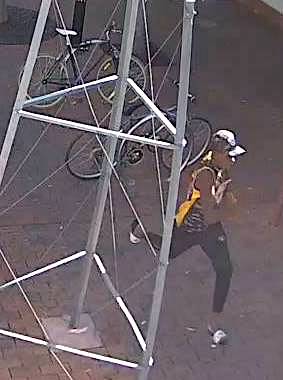 At about 8:20am today a 26-year-old woman was at a café in the Todd Mall when her handbag was stolen by an unknown youth who then fled from the location.

The handbag was subsequently recovered.

Police are seeking public assistance to identify the youth (pictured) who is described as being in his mid to late teens and of Aboriginal appearance.

He was wearing a yellow and brown basketball shirt with “BRYANT” written on the back and a camouflage hat.

Anyone with information is urged to notify police.

Facebook
Twitter
Pinterest
WhatsApp
Previous articleAreyonga students graduate from Year 12 at Unity College
Next articleNow that the Rock can't be climbed, visiting it will cost more