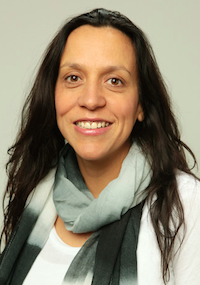 One month from today the 2019 Boyer Lecture series entitled The End of Silence will be delivered by Rachel Perkins to inject new momentum into the call for a First Nations voice to Parliament.

Since 1959 the Boyer Lectures have been a platform to stimulate conversation about critical ideas. This year will be one of the most important lectures in recent times.

Ms Perkins (pictured, photo by Zimbio) is the daughter of Aboriginal activist Charles Perkins who was born in Alice Springs on a wooden table at The Bungalow in 1936.

Like her father, Ms Perkins has developed a reputation for challenging long established attitudes and historical representation of Indigenous issues most poignantly in the 2008 documentary series The First Australians which she directed.

In 1968 anthropologist Bill Stanner coined the term The Great Australian Silence when he proposed that Australian history had been wiped clean of its Indigenous past during his Boyer Lecture.

The title of the 2019 lecture refers back to this phrase.

The End of Silence lectures will build on the Uluru Statement from the Heart’s call for a First Nations voice to Parliament and aim to facilitate a positive discussion on the recognition of Indigenous culture.

“Being present at all these opportunities that were lost. Whether that be the bicentennial, which was the celebration of 200 years of European occupation, or in 2000 with the statement of reconciliation rejected, or the anniversary of the 1967 referendum in 2017, I’ve just been part of all these pushes, to get people to reckon with the history and past of Indigenous people,” Ms Perkins said in a recent interview with the Sydney Morning Herald.

For Perkins the eve of the 250th anniversary of James Cook’s first landing at Botany Bay in 1770 will a perfect time for an attempt to reignite dialogue with wider Australia.

Perkins’ profile in the arts and entertainment industry may provide her with an ability to engage a broader audience beyond the usual academic focus that the Boyer Lectures attract.

Perkins believes that some of the typical misunderstandings about the voice to Parliament need clarification.

“There’s a couple of big ones. One is that there’s going to be a third chamber of government. That’s just not true,” she said.

“The other is that it will divide our country by race. People have accused us of trying to create some kind of apartheid system … it’s the polar opposite of that. What we’re talking about is bringing the country together by recognising the history of the Indigenous people.”

Perkins also considers reconciliation with Indigenous people to be a troubling issue for Australia’s international reputation.

“If you travel around the world and talk about Australia, its relationship with its Indigenous people comes up as a point of concern as a thing that remains unresolved,” Ms Perkins said.

Each year the ABC chair chooses a prominent Australian to deliver a series of lectures about major social, cultural, scientific or political issues.

“The end of silence might be a voice to parliament, it could be a part of truth-telling in that the nation comes to terms with the roots of its origins. It’s across all three themes of the Uluru statement and gives us a pathway,” said ABC chair Ita Buttrose.

“Rachel Perkins’ remarkable contribution to Australian storytelling gives her unique insights into the complex and controversial debate over the Uluru Statement from the Heart.

“Hearing one of our most powerful Indigenous voices make the case for constitutional recognition exemplifies the role of the Boyer Lectures in stimulating discussion and debate about major issues in Australia.”

We eagerly await the response from political decision makers and other Indigenous leaders later in the year. I sincerely hope that silence will deafen no longer.

Mark J Smith is the grandson of Father Percy Smith (1903-82) who was the first resident Anglican priest based in Alice Springs from 1933 and with his wife Isabel founded St Francis’ House, a home for Aboriginal children. Mark holds an honours degree in history and politics from the University of Adelaide.

Facebook
Twitter
Pinterest
WhatsApp
Previous articlePine Gap: The link Alice has to Trump's betrayal of the Kurds
Next articleFracking foes to take protest to Origin meeting