Home Issue 17 Pine Gap: The link Alice has to Trump's betrayal of the Kurds
Issue 17Volume 25

Pine Gap: The link Alice has to Trump's betrayal of the Kurds 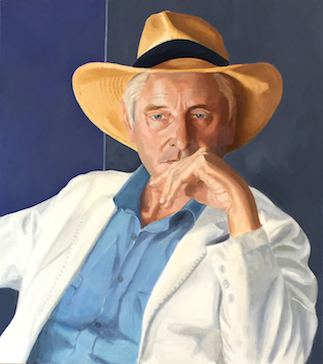 Sir – What does the betrayal by Donald Trump of the Kurds, the former allies of the USA in the fight with ISIS, have to do with Alice Springs?

Well, of course it is all about Pine Gap.

The Australian Government has a relationship of trust with the United States of America. We have agreed to nest the Pine Gap facility just outside this town. We are involved in the geopolitical drama as much, or even more than any other citizens of Australia.

And yet we cannot question this relationship of trust. Is the United States still trustworthy?

The USA was once good. It was great. But now, with the betrayal of the trust with the Kurds we must legitimately and bravely ask of our friends – is the USA trustworthily “good” anymore?

The current President’s behaviour shows that he acts on his own whim – as does a tyrant and an autocrat.

The President appears to have made that decision by himself and against the advice of his team. This is the action of an autocrat.

Australia is a democracy which on occasion works. We are now twinned with a nation that once was good and great.

The man who wishes to make America great again carries out his actions while in the grip of a compulsive disorder,  the features of which include denial of truth, betrayal of friends.

We are allies. And somehow for many  pragmatic reasons, our government places trust in the President of the United States. But what if that man wakes up one morning with a headache, upsetting some other autocrat?

Of course the Kurds are not victims. They will arrange a new deal to protect their country.

My concern is about us, here in Alice,  where many of us have come from countries upset by wars and by autocrats and now with a man in the White House who is a “great tyrant and a very bad president” – as an American citizen said, quoted in the New York Times a couple of days ago.

And yet Alice Springs, home to good American citizens, has no way of exerting influence on the behaviour of that man in the White House.

I have seen good enough democracy in action in Alice Springs when the Town Council were recently debating  the challenges of meeting shifting conditions in our climate.

Democracy is government by the people through representatives of those people.

Democracy was invented and brought into practice in Greece in order to curb the power of autocratic tyrant kings.

It worked for a while, but democracy is hard to maintain.

America fought to free themselves from colonial control by the British King, George III. George did suffer from a recurring psychiatric illness, probably a bipolar disorder.

America was  founded on the principles of democracy. One reason for a democratic process is to limit the limitations of human rulers, calling them into account if and when they slip into any kind of derangement – as can happen to any  of us.

A French historian, Alexis de Tocqueville, wrote a  serious book on American Democracy. One of his lines goes: “America is great because she is good. If America ceases to be good, America will cease to be great.”

How has the democratic process of the USA slipped so far that Donald Trump is able to make decisions on behalf of millions of people, without any form of democratic consultation, not to mention consulting with his allies, the Kurds?

The issue on my mind is the abrupt decision by the leader of the world’s “greatest’” democracy to open the borders to [Turkish President Recep Tayyip] Erdogan’s armies?

I have been to Turkey and Syria and I know Turkish, Kurdish and Syrian people. My issue is not with those people, it is with the rule of law as acted out by a man whose sworn duty as President of a democracy is to enact the will of the people and follow the Constitution.

Yet he does not.

Erdogan qualifies as an autocrat, since the law he follows is his own, as does the current president of the Unites States. So now we live in the age of the autocrat. The twin towers of the tyrant.

This is a comment from Jules Cashford, a colleague in the UK and contributor to the forthcoming book  Cultural Complexes and the Soul of America.

Craig, great article. I especially liked your question: How has the democratic process of the USA slipped so far that Donald Trump is able to make decisions on behalf of millions of people, without any form of democratic consultation, not to mention consulting with his allies, the Kurds?

I wonder, do we know who would have been “in the room,” as it were with him when he made this decision? We don’t hear anything from anyone else. What happened  to the checks and balances – as old as the musket and equally outdated?