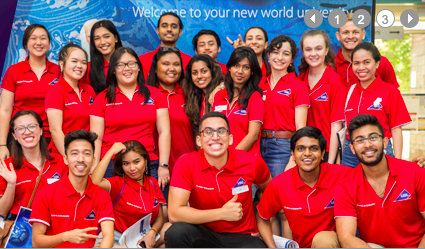 Charles Darwin University (CDU) is holding staff workshops this week to discuss its financial difficulties which are feared may lead to job losses, and possibly already have.

One source says the Alice Springs campus has lost a significant number of positions, including contract and part-time ones, that have become vacant through natural attrition and have not been filled.

The source puts the number at 80, which is threatening to lead to a “dumbing down of Alice Springs”.

Independent Member for Araluen Robyn Lambley says these issues were raised with her last year.

In February she drafted a media release which she did not send because the government neither confirmed nor denied the details.

It said in part: “It has come to my attention from people who work at the Alice Springs Campus of CDU that 80 jobs have disappeared over the past 18 months.

“Fixed term contracts have expired and disappeared and people have not been replaced.

“The Minister for Education, Selena Ubo, was asked about this brutal cut to education in Alice Springs in Question Time today and refused to answer the question.

“She stood in Parliament for 30 seconds and asked the Speaker if she was compelled to answer the question. The Speaker told her it was her decision and she promptly sat down.

“Her silence is deafening, only confirming that these jobs are gone. The Gunner Government has slashed 80 jobs from our CDU campus. An absolute travesty.

“Eighty jobs cut in a small town like Alice Springs is devastating. It means a massive reduction in the quality and quantity of tertiary education provided in Alice Springs. It potentially effects 80 families and thousands of people.”

Ms Lambley said today people have also raised with her the viability of the CDU campus in Sydney which apparently is a “flop”.

While she understands that shutting down the Sydney campus is being considered, a source says the opposite is true: How can it be made to work, that is the question being explored.

A source says Sydney was set up to attract the lucrative overseas student market, preferring Sydney to Darwin and Alice Springs as a place to study.

CDU is one of the few “dual sector” universities in Australia, offering both higher education and Vocational Education and Training (VET) courses.

A spokesman says this week’s workshops will explore how to integrate VET and Higher Education for CDU to be a “leading and sustainable dual sector university”.

But several sources have said options will include staff having to cope with additional work, possibly across both sectors; not replacing staff leaving and reducing the number of courses.

“The university has been struggling financially for several years. Losing money can’t go on,” says one source.

It is understood the college of nursing and midwifery is reviewing operations in Alice Springs.

Ms Lambley says nurses and aged care personnel in the town are scarce and over-worked.

According to the Acting Vice-Chancellor Professor Sue Carthew, the Dean of the College of Nursing and Midwifery addressed staff on June 25 “regarding a proposed restructure of the College to ensure its course offerings are those that are in strong demand in the marketplace and the research undertaken is solving problems of our communities.

“Ultimately, the restructure aims to ensure that the work of the College is meeting the needs of the professions, the community and the Northern Territory.

“A draft plan was presented to staff at the meeting and, as part of the consultation process, staff have been invited to offer feedback over the coming weeks. This is a well-established process in our Enterprise Bargaining Agreement,” says Professor Carthew.

“As it stands, staff feedback could well change elements of the proposed plan, so it is incorrect to say there have been redundancies.

“There may be positions lost and other positions created as a result of implementing the final plan, but staff feedback is yet to be received and no final decisions have been made.”