News cycle: It's all over in a day 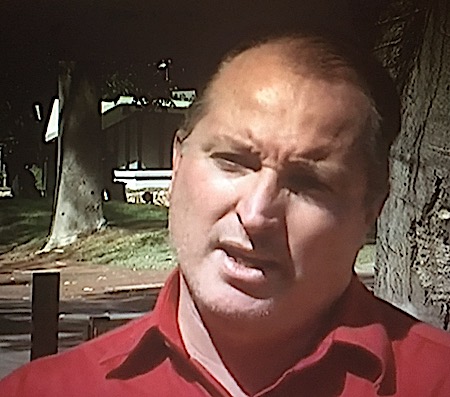 The 24 hour news cycle is clearly a handy reality for governments, firms and now, it seems, also for community organisations such as Tourism Central Australia (TCA): No worries, it’s all forgotten by tomorrow.

A case in point: The IBIS Styles Alice Springs Oasis hotel in Alice Springs was alleged to have used racial profiling, as it was described, allocating to Aboriginal guests inferior rooms with poor service for the same price as non-Aboriginal people were paying for good rooms.

As it turned out TCA knew about the practice seven months before what appears to be a sting operation by the ABC’s Background Briefing blew the whistle on March 10.

The story went world-wide – just what the town doesn’t need at the time of a slump in its major private enterprise industry, with no end in sight.

The local ABC TV News covered the story on March 11, and based on that report the Alice Springs News Online put several questions to TCA chairperson Dale McIver, self-described as “local guru and mastermind” of the Alice Event Management and Consultancy.

We sent her two emails with questions, on March 12 and 13. Receipt of both emails was acknowledged. But two weeks later we still don’t have any answers.

So, here are the questions.

• [TCA CEO Stephen] Schwer was informed by the discrimination commissioner seven months ago that racial profiling was being practiced in an Alice Springs hotel. The commissioner did not disclose which hotel(s). Did Mr Schwer comprehend the disastrous consequences that this was likely to have, namely the world wide scandal that we are now experiencing?

• What did Mr Schwer (pictured in the ABC TV news story] do to find out which hotel was the one?

• Did he ask the commissioner?

• Did he undertake rigorous research? If so, what exactly did that include?

• He gave a “general warning” to all hoteliers. What form did that take?

• His research would have led him to one of two conclusions: (1) There was no racial profiling, in which case why did he not challenge the commissioner’s assertions?

• Or (2) there was racial profiling, but he did nothing about it. Would that be a proper reaction to a debilitating threat to the industry?

• [Mr Schwer] says he gave a “general warning” to all hoteliers. How was this delivered, by what medium? What exactly did he say to them?

• What further actions did he take?

• [Mr Schwer said in the news report] “I advised our members that they need to be aware of their obligation, both legal and moral, in regards to the Act” (Schwer). What responses did he get to that?

• TCA says it is “now investigating whether this discrimination is a wide problem in the region and if other hotels are implementing similar policies” (ABC).

• “I would hope that now that this has been exposed, this alleged behaviour, that people will look internally, in their own business, in their own day to day behaviour, and understand why this kind of behaviour is wrong, and also how they can behave to change that.” (Schwer). That suggests that TCA is not sure whether or not this kind of discrimination is continuing.

• Would you describe an organisation being in this uncertainty, despite being alerted to the problem seven months ago, to be competent and responsible?

• What actions will TCA take?

• How much money a year does Tourism Central Australia get from the NT Government, and what percentage of its budget does that represent?

We will publish Ms McIver’s replied when and if we get them.