Youth workers on the streets from 8pm to 3am 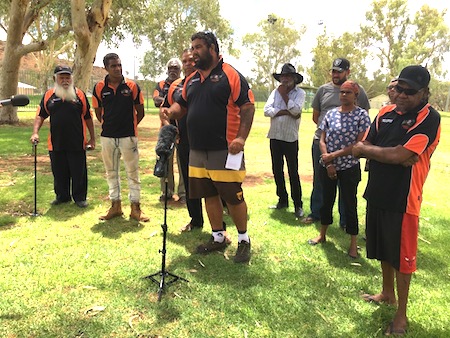 “They will work from 8pm to 3am with young people who are on the street, and regularly involved in crime, and get them on a better path,” she says.

• Expand the hours of the Tangentyere Night Patrol to get young people off the streets. Patrol vehicles will run seven days a week from 6pm-3am.

• Two School Engagement Officers to work with young people who have been identified as being disengaged from schooling. These officers have been appointed.

• Three School Compliance Officers to work with young people when attempts to increase school attendance has not been successful. These officers have been appointed.

Ms Wakefield says there will be “generational change by investing in preventative measures such as education, health and housing; a massive boost to frontline police numbers; the most significant alcohol reforms on record; reforming the broken youth justice system, and an updated Victims Charter that puts victims first.”

The initiative will be funding 10 non-government organisations to provide youth diversion services across 48 locations throughout the Territory, including restorative justice conferences where the young offender and the victim are present.

“Young people who do the wrong thing must face the consequences of their actions, because all Territorians have the right to be safe,” says Ms Wakefield (pictured) in the media release.

The Tangentyere Council says in a media release the programs “will make a real difference in the lives of at risk young people [including] the expansion of successful Night Patrol services and youth drop-in centres.

“They will be supported by a new Aboriginal-led Youth Outreach Service that draws on the cultural authority of the Tangentyere Council Men’s Four Corners Group and Women’s Family Safety Group.

“During the summer school holidays the men and women supported a range of front line activities that focused on the safety of young people.

“This successful trial saw a team of senior, respected Aboriginal outreach workers providing advice and support to youth engagement officers and engaging with Aboriginal youth at events and on the streets.”