The grey nomad trade in wine casks “will go completely” as a result of the alcohol floor price introduced in the NT last week, according to Winemakers Federation of Australia CE Tony Battaglene.

He says although the cost shift appears to possibly breach the Australian Constitution, his organisation will support the NT Government because of its “special problems” around alcohol.

“We are supporting the NT government in developing good methodology to assess its effectiveness,” says Mr Battaglene.

“We would hate to see other states bringing in a measure that is not only illegal but doesn’t work.” 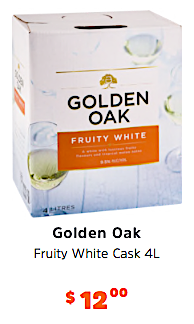 He says two litre casks, popular with travelling seniors, a mainstay of the tourism industry in The Centre, will go up from $16 to $28.

Enquiries in Port Augusta by the Alice Springs News Online reveal that four-litre casks are available for $18. They would cost $62 in the Territory at the now mandated price of $1.30 per standard drink.

This is a more than three-fold increase.

Four litres wine casks are advertised online for a little as $9 each – one-seventh of what they would cost in the NT.

Section 92 of the Australian Constitution, under the heading “Trade within the Commonwealth to be free” says: “Trade, commerce, and intercourse among the States, whether by means of internal carriage or ocean navigation, shall be absolutely free.”

Mr Battaglene, although being aware that the floor price may be “problematic” under the Constitution, says at this time the Federation is taking no legal action. 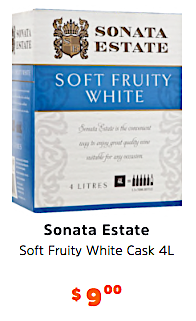 He says mail-order suppliers are now required by the NT Government to obtain a permit and to adhere to the new floor price.

“They claim to have the ability of controlling and enforcing the regulation, although it is not clear how,” says Mr Battaglene.

We are seeking comment from Chief Minister Michael Gunner.