Luke Matthews, 1966 Ford Cortina Sedan (nearest to camera), pro winner in the Drag Racing. PHOTO above and of the parade courtesy of Red Centre NATS. 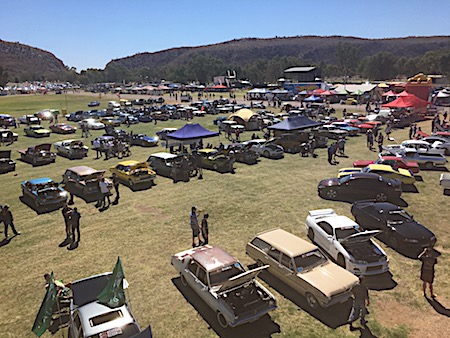 The good news about the Red Centre NATS is that they provide a superb weekend for motoring enthusiasts who surely make up an exceptionally high proportion of the town’s population.

The skills, the man-hours and not in the least, the cash that locals put into their startling creations, many beginning from no more than a rusty shell decades old, is amazing.

And Saturday’s parade had a huge crowd lining the route around the CBD – sitting in deckchairs, lounges on the backs of trucks, tailgates and beanbags watching – according to the organisers – “over 500 hot rods, street cars and vintage classics from all over Australia cruise a 14 km loop”.

The not so good news is that the massive injection of taxpayers’ money for a weekend – $1.3m on last year’s estimate, presumably not counting the public servants working for the NT Government’s Major Events  –  is not matched by the transparency needed to gauge the benefit for the town’s economy.

The six year commitment by CLP Chief Minister Adam Giles made with the Canberra-based Summer NATS is long on hype and short on facts.

This fourth local NATS is now over but we still cannot get crucial information from the extensive management personnel on the ground, ranging from the Major Events unit, Summer NATS people from Canberra and at least one interstate PR organisation.

We asked for the following information:–

• The number of competition cars this year, broken up into [a] from Alice Springs and [b] from outside Alice Springs.
• Number of admission tickets sold this year.
• Total cost to the public purse of the events in 2015, 16, 17 & 18, respectively.

From the beginning of the local NATS the government has been evading the question: How many people attended?

The stock answer is how many came “through the gate”. As each ticket allows the holder to go through gates to several events over the total program, this number is not indicative of the number of persons attending. However, that is what media are clearly encouraged to conclude, and some do.

We raised this issue with Chief Minister Michael Gunner on September 30 last year when he promised to provide answers. He still has not done so. 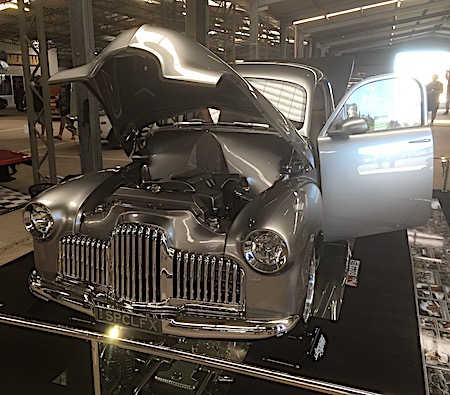 This pea and thimble trick is now apparently extended to the number of vehicles: We were told “our entrant numbers will be released at the Podium Party tonight.”

True enough, a summary sheet was handed out: “Over 800 entrants from across Australia participated in the fourth inaugural Red CentreNATS”.

But there is a snag: For example, Graham Barker entered his silver FX ute # 344 (pictured) into the Top Undercarriage / Driveline section, as well as into the Top Bodywork section. Two entrants? Two entries?
We requested the entrants’ list so we could get details for some of our photos showing stunning four-wheeled exhibits  in the two showgrounds pavilions. This list was denied to us for reasons which anyone we mentioned it to regarded as the height of absurdity: It would “breach privacy”. These exhibitors spend years to create something they want to proudly show off!

(It’s worth bearing in mind that this comes from the government that is aspiring to bring us the National Aboriginal Art Gallery: Will it be full of artworks without names and titles?) 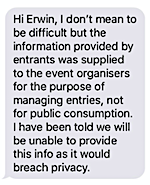 Of course, that list would have shown the actual number of cars and where they came from – information we still haven’t got but we may expect “post event,” we’re told.

All the same, while we still can, and until our runaway public debt puts a big red line through extravaganzas of this kind, the town will enjoy the gleaming machines and the roar of turbocharged V8 engines.

Some of the traffic management around the parade was poor. 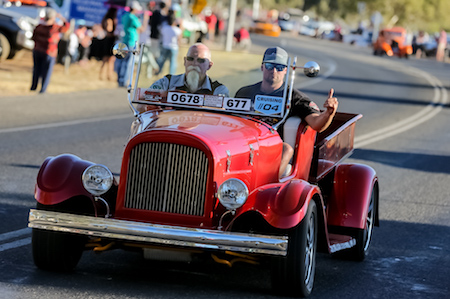 Northbound traffic on the Stuart Highway near the Desert Knowledge precinct were still warned on Sunday about traffic delays caused by the parade on Saturday.

Hours before the parade started, southbound motorists on Telegraph Terrace near Billygoat Hill were advised to perform a U-turn to avoid delays ahead of up to one hour.

The South Stuart Highway was turned into a 60 km/h zone both ways between the turn-off to the drags and well south of the rail overpass. Why the southbound lane?

And even the northbound one could have started on top of the overpass. Both changes would have been welcomed especially by road train drivers.

Just north of the T-intersection of the highway and the airport road a 100 km/m section (going north) and a 60 km/h section (going south) happily co-existed and assisted the traffic flow. 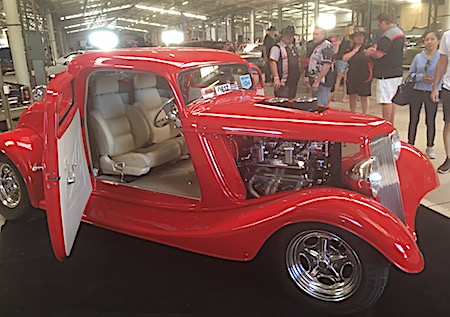 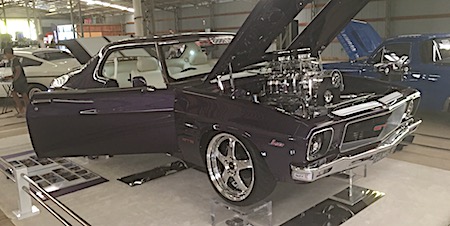 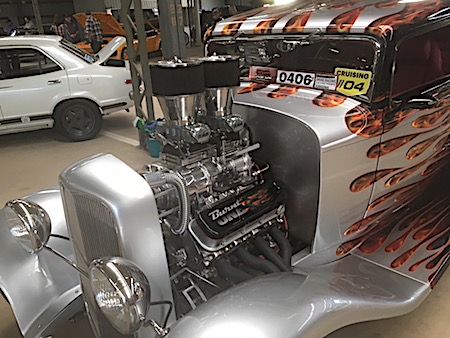 Facebook
Twitter
Pinterest
WhatsApp
Previous articleSnouts who think their rightful place is in the trough
Next articleSA budget allocation may put paid to Alice gallery: Higgins