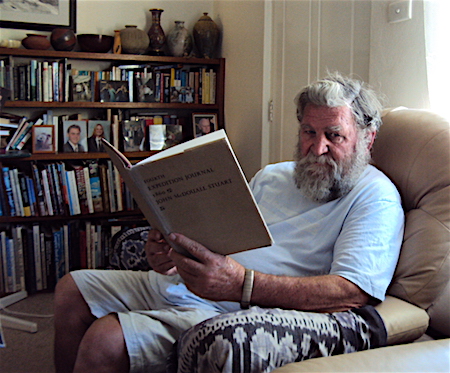 It is now a treasured part of our early story archive, which we started when the News was still published as a printed paper. Appearing in parallel with it, our online edition is one of Australia’s first newspapers on the web.

Now the Alice Springs News, in its 26th year of publication, is published exclusively online.

As you will see, the lay-out in our early archive is very basic. All main stories from each weekly print edition appeared in a single file – so you’ll need to scroll down to find Dick’s instalment.

The material is copyright Dick Kimber and the Alice Springs News Online. 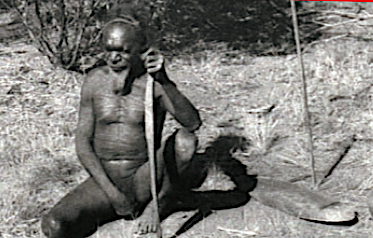 The images here, from top, are: Bullfrog (Japanangka) • Murray’s prisoners Akirkra and Padygar who were taken to Darwin in October 1928 charged with the murder of Fred Brooks but both were discharged, not guilty • Constable Murray, wife and son Eric • A painting courtesy of National Museum Australia by M. Joseph between 1974 and 1977 when she was a student at Yirara College in Central Australia. Source: Central Land Council brochure.

Under the title Time to tell the truth! the land council is marking the 90th anniversary with a purlapa (traditional songs and dances), and students from remote communities will perform a song about the massacres, at 10am on Friday at Yurrkuru (Brooks Soak).

“I TOLD THEM TO SCATTER”. Part Four. 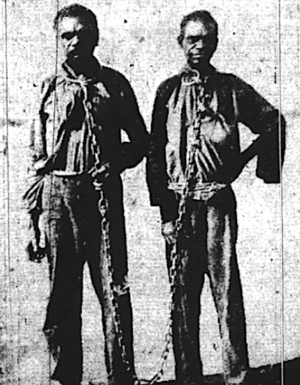 WILSON WARNS: CHUCK HIM DOWN SPEAR! NO MORE YOU CAN BEAT HIM RIPULLA POINT 303! Part Seven.

WOUNDS ARE AS FATAL AS BEING KILLED ON THE SPOT. Part Eight.

“I SHOT THE ABORIGINAL WHO WAS STANDING OVER ME, IN THE HEAD. THE OTHERS WERE STILL BELTING ME.” Part Ten.

“DID THEY SHOOT IN SELF-DEFENCE?” “NO! THEY SHOT ‘EM LIKE A DOG.” Part Eleven.

LITTLE GIRLS CAPTURED: “DON’T LET US GO. HE WILL SHOOT US AS HE DID THE OTHERS.” Part Twelve.

“WAS EVER A BATTLE FOUGHT IN WHICH 17 WERE HIT AND ALL DIED?” Part Thirteen.

‘THEY NEVER GOT OFF THEIR HORSES. THEY SHOT THEM DOWN IN COLD BLOOD.’ Part Fourteen.

ALL OF OLD GEORGE’S FRIENDS AND RELATIVES WERE SHOT. THE ONLY SURVIVOR WAS GEORGE. Part Sixteen. 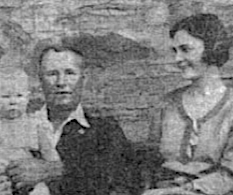 CONSTABLE MURRAY, STAFFORD AND OTHERS SAW THAT VENGEANCE WAS DONE: MANY BLACKS WERE SHOT. Part Seventeen.

CONISTON: CAN WE MAKE A JUDGMENT? Part Eighteen. 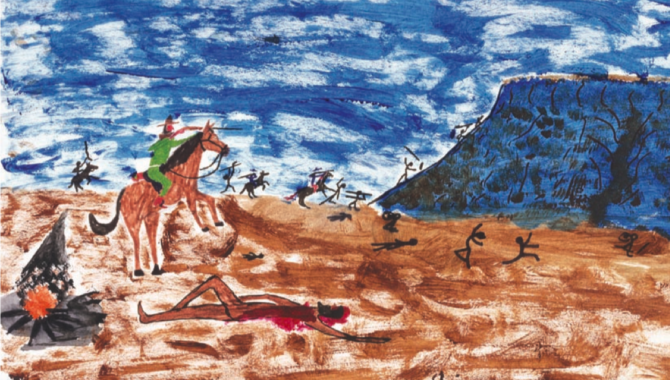