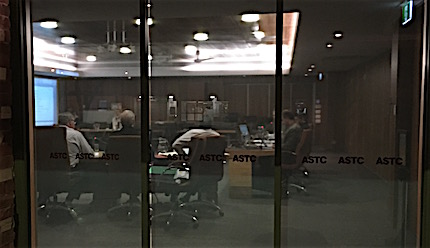 The Town Council will look to setting up its own youth services division with an emphasis on community safety, although first they will seek the views of their solicitor on the legality of such an action.

The possibility was raised last night by Councillor Eli Melky in the wake of yet another worrying instance of a large group of young people going on a property-damage spree in the CBD.

Business as usual is clearly not delivering, argued Cr Melky. Many people are working on the issues but problems recur regularly and there seems to be no solution in sight. The community expects council to lead, so it’s time to make youth services part of council’s core business.

He didn’t think this could be done under the Local Government Act as it stands, so suggested that council attempt to set reform of the Act in progress.

CEO Rex Mooney thought that would take far too long. He also couldn’t see the obstacles to setting up such a unit, with delegated authority from council, which would then seek funding for its activities.

However he cautioned councillors that government may be all too happy to devolve responsibilities to them in this challenging area.

He also proposed that they seek the advice of council’s solicitor and this is the resolution that will go forward to the end of month meeting.

Cr Jimmy Cocking suggested that council’s surplus could be used to contribute to youth services in town, without duplication.  Among examples, he mentioned the after-hours youth bus service, which in June transported nearly 2000 young people to their homes.  Council and Congress are no longer funded to deliver this service but there has been no announcement about its replacement.

Cr Melky commented that the after-hours bus had done nothing to reduce crime and anti-social behaviour. (Although who knows, perhaps things would have been worse without it?) He wanted council to take a much broader approach, to become “very much the leader” and demand accountability from all the agencies working in the area.

Cr Catherine Satour was broadly supportive, commenting that she sits in a number of relevant forums and “we’re just going around in circles”.

Mayor Damien Ryan asked how council could get the families involved and spoke of supporting the Arrernte Grandmothers Group.

Above: Youth on the streets at night – though not always involved in anti-social behaviour – have been a constant theme for Alice Springs for the past 12 months. Photo from our archive.

Cr Glen Auricht spoke of the frustration of last week’s rampage amidst the many good experiences of NAIDOC week. For him these included spending time with Pertame people who are working to keep alive their dying language, and a local motocross day last weekend when Aboriginal families attended with their children who were being rewarded with a day’s quad racing in return for good school attendance.

He described the challenge in this “extraordinarily difficult area” of bringing “disenfranchised, unloved children” into the normal social life of their families and the broader community.

He reflected on the disconnect between council and key Aboriginal organisations  with whom it is supposed to partner: there have been no meetings in the term of this council with either Tangentyere or Lhere Artepe despite repeated overtures by Mr Mooney. (He didn’t mention the approach by apmereke-artweye who wanted council to work with them, which seems to have gone nowhere.)

However, at the end of his quite long and heartfelt contribution Cr Auricht had nothing new to propose: he is wary of radical approaches, he wants to engage with Indigenous leaders (how, he did not say), and support the efforts of police and Territory Families.

Cr Matt Paterson was of much  same mind – keep lobbying government, keep the doors open to organisations talking about ideas.

Deputy Mayor Jamie de Brenni was more concrete, calling for – as he has done in the past – a reinstatement of the Youth Street Outreach Service. The previous council supported him in a motion to this effect although nothing has come of it. He also spoke of supporting the Grandmothers Group.

Mayor Ryan asked Cr Melky what youth services he had in mind.

Cr Melky replied that his priority is to stem anti-social behaviour; he doesn’t have the answers and wants council to investigate further how best to perform in this area.

Meanwhile, it is worth noting that the atmosphere on council seems to have improved – perhaps the elected members have had some relationships counselling? There was good all round participation in last night’s discussions and even some  joking and laughter in contrast to the noticeably tense meetings of recent months.

Alice Springs News Online recently reported that code of conduct disciplinary actions against some councillors were underway, according to reliable sources. News editor Erwin Chlanda publicly invited councillors to confirm or deny the reports. None has responded.

Youth worker Rainer Chlanda on some of the issues:

Turn rock-throwing into backflips: how community can help