The deadlock over the location for both the planned National Aboriginal Art Gallery and a National Indigenous Cultural Centre may be a step closer to a solution with talks about a square kilometre of land on the southern flank of the MacDonnell Range, a short distance east of The Gap, in Ragonesi Road.

The picturesque site, about half of it pristine bushland and with spectacular views in all direction from a string of hills, is where construction of a residential subdivision started some 10 years ago but faltered. 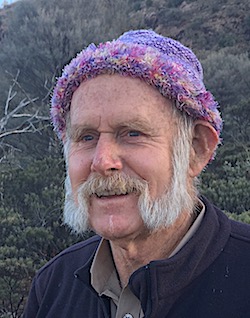 The reason was the NT Government’s failure to provide headworks – water, power and sewerage – to the edge of the development, followed by a bank cancelling its credit, says owner Ron Sterry (pictured).

The present discussions started when the Alice Springs News Online last week asked him whether he still owned the land, known as Coolibah Tree Estate. He said he did and is willing to negotiate a sale.

There is growing opposition by Aboriginal interests to the gallery and the cultural centre being located north of The Gap because of cultural protocols in the area, which is dense with sacred sites and songlines. Mr Sterry’s land is south of The Gap.

“It is not to be here,” says Harold Furber, a key proponent of the cultural centre, when asked whether it should be in the Anzac Oval precinct.

“The project is in trouble.”

What is the argument about north or south of The Gap?

“Anybody who’s lived here more than five minutes must know that entry to the town is a sacred entrance. 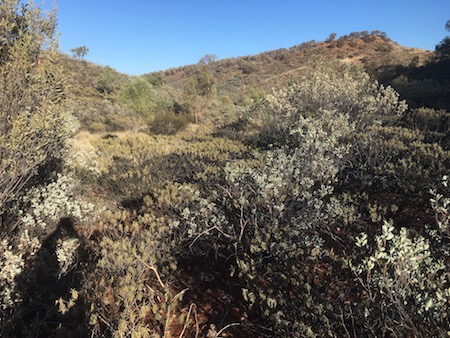 “Pitjajntjatjara and other people from south, they waited there to get entrance into town. It’s the same principle. Everybody can see it’s symbolic. It should be symbolic for everyone.”

Does that mean the gallery should not be north of The Gap?

The gallery project should be “going nationally now. These are national issues. You can’t treat Aboriginal people in a town like Alice Springs the way we’re treated.

“You can’t build something somewhere the constituency is in turmoil. I’m talking whitefellers, not blackfellers.”

Are you saying the conversation about the gallery should be expanded nationally?

“That should have been a given.”

Would whitefellers be obliged to listen to Aboriginal people?

The News sought comment from Chansey Paech, Member for Namatjira where the land is located, who said he is formulating a statement about the proposal. So is MLA for Stuart Scott McConnell. Both are government backbenchers. 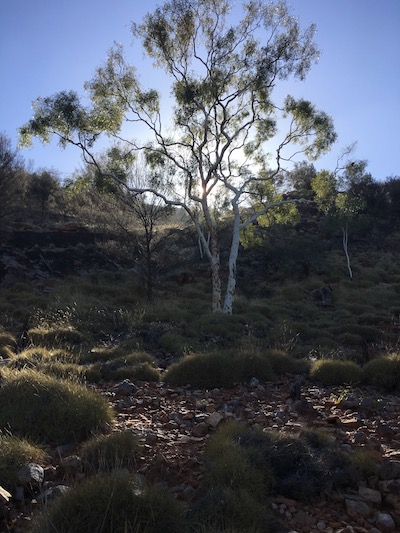 He says: “This is a nationally significant Indigenous art centre that will represent Indigenous people across Australia.

“We really need to consider all sites if the location that is chosen is Alice Springs. There are a lot of reasons for it to be in Alice Springs.”

MLA for Araluen Robyn Lambley says her preferred location is the Melanka site and she declined to comment on possible use of the Coolibah Estate.

Councillor Jimmy Cocking, who is spearheading a Town Council drive for public consultation, says the government’s steering committee made it clear the two facilities needed to be in an “iconic location that shows the art being influenced by the country in which the culture has been founded and formed. That’s a critical part of this project”.

Lhere Artepe did not respond to a request for comment.

All the government is doing at present is trying to convince the public that the Anzac Oval location, not recommended even by its own steering committee, is best for the project which many see as a make or break issue for the town.

The Coolibah Estate is some 25 times bigger than the Anzac Hill precinct “preferred” by the NT Government but rejected by a clear majority of the public.

The eastern boundary of the site, between the mountain range and the MacDonnell Range Caravan Park, is 10 minutes’ walk from the tourism precinct in Barrett Drive, through The Gap.

Using the Coolibah Estate would obviate the need for relocating the rugby grounds estimated to cost $30m.

Their floodlighting is likely to face opposition from Bradshaw Drive residents, and the site would require agreement from native title holders – certainly not a given.

The Coolibah Estate is freehold which means native title has been extinguished.

Mr Sterry says over many years he has been in contact with custodians of sacred sites on his land, people from Santa Teresa, in a spirit of mutual respect.

He says the key locations for a gallery development are not affected by the sites, or changes can be negotiated.

The land would offer ample space for related uses such as tourist accommodation which could assist in raising the several hundred millions of dollars needed, in addition to the $50m and $20m, respectively for the gallery and the cultural centre, put on the table by the NT Government.

But above all, rather than being squeezed into some 40,000 square metres at the edge of the CBD – beset by social problems, including the heavy drinking associated with the takeaway liquor outlet directly opposite the site – the expanse of the Coolibah Estate would give the project room to breathe, with views along the ranges east towards Mt Undoolya, west along the Ilparpa Valley to Honeymoon Gap, and the vast, sparsely occupied expanse to the south.

The Coolibah Estate reaches about half-way up the range, and all along its foot is undisturbed natural bush, providing a genuine outback experience with rich and varied vegetation benefitting from the water run-off from the range. 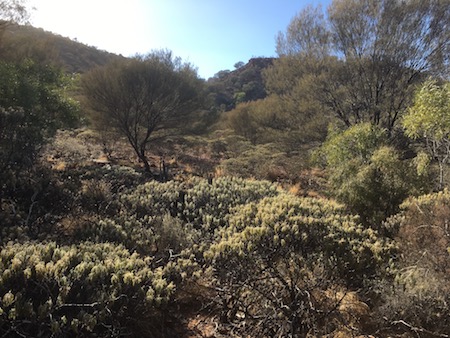 Chairman of the NT Planning Commission, David Ritchie, says: “The area around Anzac Hill is zoned appropriately so if they end up landing on that it fits in with this plan.

“We are rather hoping that the consultation process that is now afoot will be completed by the time we are sending this up to the minister’s office.”

The Central Alice Springs Area Plan Draft launched last week will be up for public comment for five weeks. After going to the Minister the plan will go back to the community again for further comment.

We put to Dr Ritchie that there are frequent comments that the gallery and the centre should be south of The Gap for cultural reasons.

“We have to make allowances for any of the areas that are really a potential for that sort of thing, that are in more or less public ownership by the council or the government to make sure that they are not constrained by our plan. If the community decided that’s where it goes then it can go there.”

Does the gallery necessarily have to go into a public place or can it go on land acquired by a private owner?

“We just want to make sure that the existing assets are not constrained in a way that would prevent a really responsive approach to be taken to future development.

“In an uncertain world it is a good idea to have things as flexible as possible. Our plan will not preclude it but it will not in any way mandate it either.”

Cr Cocking says having “an iconic location needs to be a big part of this. That was the recommendation from two of Australia’s peak Aboriginal art experts” Hetti Perkins and Philip Watkins.

Cr Cocking says the gallery is a $400m project. It must make people want to come to Central Australia to understand “the connection between people, culture, art and the desert country here.

“That’s why the MacDonnell Ranges is an ideal location.

“Anzac Oval is the preferred location for the government … but the reality is that it is a really divisive issue … the need for this project for business and the need to get on with it.”

Cr Cocking says “there is some merit” in looking at the Coolibah Estate option: “It’s a pretty iconic location.”

The council needs to have its “community consultation around the oval first and see where that lands.

He says the consultation will reveal whether the public wants “this town to develop particularly around the arts and culture developments of it.

“We will need to see a business case, including land values. I understand there is a steering committee being put together at the moment. There needs to be public support for the project no matter where it is located, and currently that’s still undetermined.”

Harold Furber and Owen Coles on NICC.
Margaret Furber-Ross’s statement regarding location of the gallery “south of the Gap”.