Putting a dollar figure on volunteering 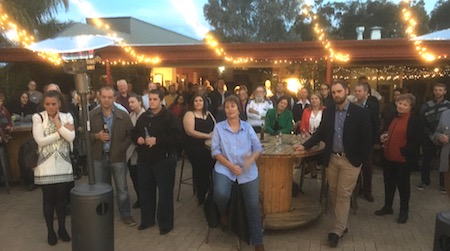 Don’t rush to your laptop and churn out an invoice: This is not to make you rich, but to give you a warm feeling in your tummy.

This was announced by Town Council CEO Rex Mooney, wearing his hat of a committee member of Volunteering SA & NT, last night when 110 locals were invited to the Star of Alice, for very nice canapés and drinks and a big thank-you.

Mr Mooney announced that there are about 70,000 formal and informal volunteers in the NT (that’s around one third of the population). They contribute four million hours doing 1.1 hours a week.

The official ABS estimate of the value to the NT economy of all that work is $162m. Divide that by four million and you get … see above!