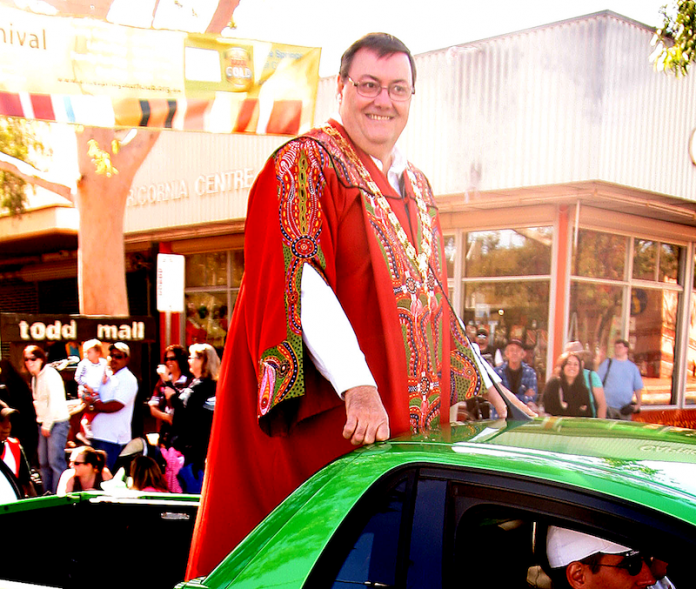 Mayor Damien Ryan seems to have given his clearest indication yet that he will contest this year’s local government election.

Last Monday it was announced that he has accepted appointment as the LGANT representative on the NT Heritage Council. LGANT is the Local Government Association of the NT.

The Heritage Council appointments are for three years and the Alice Springs News has confirmed through Minister Chansey Paech’s office that this is the case for Mayor Ryan.

So, having been defeated at the NT polls – as a CLP candidate losing narrowly to Robyn Lambley in Araluen – it appears he not only intends to run, but is confident of winning a fourth term as mayor.

He has not replied to the invitation to comment from the Alice Springs News.

The Heritage Council provides advice to the NT Government on matters affecting the Territory’s cultural and natural heritage.

Of its 11 members, 10 are appointed by the Minister, and one is the nominee of the Chief Executive of Territory Families, Housing and Communities.

Dr Ilka Schacht was chosen by the Chief Executive of Territory Families, Housing and Communities as his representative on the council.

Photo at top: Mayor Ryan in 2014’s Bangtail Muster. From our archive.