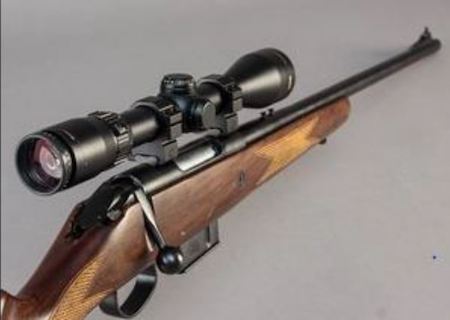 A Norinco .22 calibre bolt action rifle with a scope (similar to the one pictured) was stolen in an Eastside home break-in yesterday morning.

There were two more unlawful entries in the Eastside, according to a police media release.

They say the firearm, a magazine, ammunition, and $2000 worth of $100 notes were stolen from one of the residences.

Police say they have recovered the firearm but the offender “remains outstanding” and the investigation continues. They are appealing to the public to “keep a lookout for youths using $100 notes”.

Police say, upon being asked, that charging the owner of the rifle for not storing it in the required manner “will be taken into consideration, however at this stage the incident remains under investigation”.