It's not money that makes the NT political world go round 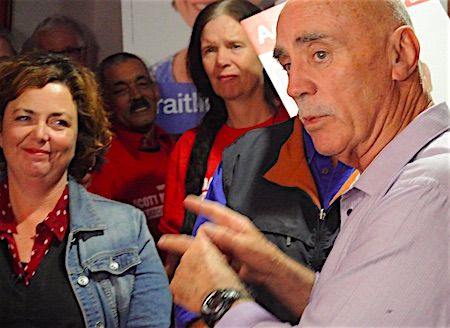 Compared to the squillions needed in the USA to be a player in politics, campaign funding in the NT is positively modest.

According to the electoral returns for 2016/17 released last week the two main parties made do with a paltry million and a half each.

The Country Liberal Party of the Northern Territory is a party in its own right and stands to collect “public funding” from the Australian Electoral Commission, calculated on the number of Federal votes it receives (that needs to be at least 4% of the vote).

The Federal ALP is likely to be the source of campaign services – staff, travel, advertising and so on.

This makes it more difficult to gauge the value of the support Labor in the NT received from its Federal mates. (We are putting that question to the party.)

Of course, the Federal Liberal Party also campaigned in the NT. What would have been the value of that?

The lion’s share of money for the CLP came from the Free Enterprise Foundation, $455,000, a national group based in NSW, according to Territory Director Brad Vermeer. $200,000 came from the Cormack Foundation in Victoria, an associated entity of the Liberal Party of Victoria.

There are no single donations of comparable size to the ALP; its funds were made up of multiple smaller donations.