Local government: A lot of action beyond the 3Rs

People who are saying local government should do more than “rates, roads and rubbish” can point to the Rural City of Murray Bridge for a shining example.

With a population of 22,000 that local government area is a little smaller than Alice Springs and so is its budget, $30m.

But the Murray Bridge council plays a leading role in the economic development of SA’s south eastern region. It heads up the tourism promotion for that part of the world in collaboration with other councils.

It has full time staff and facilities for young people (photo at top), is currently developing two major industrial precincts and manages the town’s revitalisation, which in The Alice currently is being driven by the NT government.

Mayor Brenton Lewis (above, right) says the region has learned “a valuable lesson during the horrendous 10-year milliennium drought when the Murray River fell by two meters” and government funding was grossly inadequate.

“To this day we are still scarred by it. The lessons learned were capacity and resilience in times of trouble. We’re a fairly tough community.

“It brought us together. We don’t live on handouts.”

But in collaboration with the SA Government, Mayor Lewis gets a chance to join the Premier’s trade missions to China. The Murray Bridge council is in advance talks about Chinese investment in aged care, retirement facilities, food processing and manufacturing in the river town, with outward traffic of goods equally keenly sought.

Mayor Lewis says the region wants to attract Chinese tourists, and direct flights by South China Airlines several times a week to Adelaide he expects will help serve that purpose.

“Once tourists land in eastern states it’s very hard to get them to go somewhere else,” he says.

While Alice remains in awe and reliant on Darwin, 1600 km away, Mayor Lewis clearly thinks the South East needs to set its own agenda, with help as required from Adelaide, 70 km away.
Pride plays a big part for Mayor Lewis who entered local government for the first time in 2014 after a major national role in agri business, including starting his own business “which became very big and got gobbled up by corporate”.

This was followed by a job in regional development where he ended up the chief executive for 13 years. He ran for Mayor under the motto “Murray Bridge proud, safe and progressive”.

He says the region is very prominent in processing and manufacturing of agricultural products, despite a diminishing role in production, specifically dairy.

The policy is “looking at the bigger region” and sourcing the agricultural raw materials for its businesses from an ever growing area, including interstate and even cattle from the NT.
Mayor Lewis says Murray Bridge is now the largest lamb exporter in Australia. It grows 50% of all the onions in SA. It has the largest mushroom production, processing and packaging in SA, one of the top two in Australia.

“We’re huge in chickens and have the second largest if not the largest pork abattoir in Australia,” says Mayor Lewis. “One ch 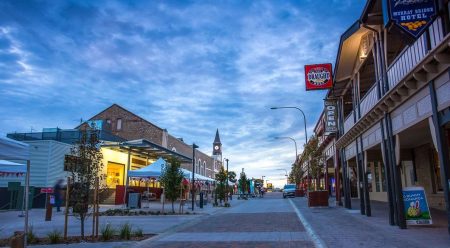 He says the town turns produce with a farm gate value of $450m into processed and manufactured food worth around $1.3 billion.

Grain for stock feed comes from all around the region. There are two major stock feed plants, and a new one is being built for $40m. The intensive animal industries, feedlots and animals processed in the region are forming “a closed loop”.
The immediate region has about 25 “active, strong” dairy properties. “Fourteen years ago we had 160,” says Mayor Lewis. The drought killed most of them off.

But despite the drop-off in production the two milk factories “are still here and viable because they bring in milk from western Victoria, SE South Australia and elsewhere”.

Cattle come from NSW, Victoria, NT, and sheep from every state of Australia.

What role does the council play?

“We work very hard to assist with planning, trying to lift planning constraints. We assist with advocacy for infrastructure from state and Federal governments, apart from what we need to do ourselves.

“We created a brand new precinct called Flagstaff and a second one, Monarto Intermodal. We’ve done all the planning for those. That will enable ongoing value adding of agriculture. That’s expressly what they are being developed for.

“We are also very proactive in promoting migration into our region. As the Mayor last year I swore in 200 new citizens, the majority from other countries who have come here to work. They brought their families here.”

But boosting business isn’t the council’s only objective.

“We’re re also focussed on social – especially youth – and environmental issues – the river.”

The Station, the former railway station, is council managed, getting funding from the Federal government’s Headspace, and is used by 500 young people for gigs, activities, fellowship and events, “somewhere they can go, where they are understood,” says Mayor Lewis.

It is open every business day, and during school holidays has weekend events as well. There are two full time council staff, plus events funded through council.

Managing Regional Development Australia costs the council around $100,000 a year plus in-kind support, through event sponsorship. Murray Bridge is one of eight councils cooperating to fund and manage RDA, the largest council and the largest contributor.

To promote tourism four councils have “decided to pull out the fences and operate as a collective” –  Murray Bridge, Mid Murray, Coorong and Alexandrina.

“This cooperation feeds into other activities as well, such as education and health.

“We founded the Murray Lands Tourism Alliance. Murray Bridge in itself is spending $400,000 on events promotion and events.”

Mayor Lewis says the problem in Murray Bridge has been the lack of quality accommodation, “but we are hoping to hear an announcement” about a new hotel complex with an additional 100-odd rooms, up to five star,” he says.

One motel was built in the last three or four years, with 23 rooms and a restaurant. The total number of tourism beds is currently about 360.

This will aim to get people to stay over night for events: The motor sport park at Tailem Bend, due to come on stream in 2018, will be a “massive boost for the region”.

The story about the Sixth Street beautification (street scene above) is bound to have Alice locals ask: “Now, where have I heard this before.” 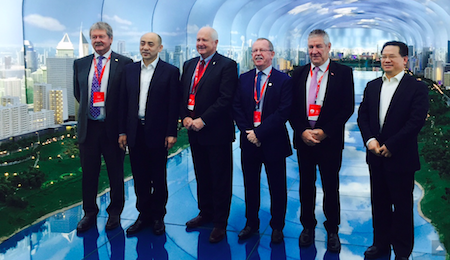 Mayor Lewis makes it clear it was the previous council which instigated the proposal, spent “a couple of hundred thousand dollars” developing the business case for it, enough to get the attention of the SA and Federal governments, and attract $3.4m in about equal parts from each.

The end result, says Mayor Lewis, is “really good” but he described the process initially as an “interesting journey”, including the disruption of trade in Sixth Street for nine months that was “rather horrendous”.

Traders suffered throughout “the long life of the project, ripping up streets, blocking off streets, disrupting their traffic, their business pattern.

“It was a horrendous time for them. They bled and there are some terrible stories out of that.”

But Mayor Lewis says the council learned valuable lessons, soon to be applied to the next re-development, for the main drag, Bridge Street.

“Do you start at both ends and hold everybody up or do you get one bit done and then move on?” says Mayor Lewis. 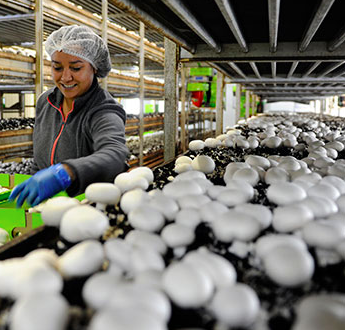 “We’ve learned to do it in sections, and over a time frame that enables business to continue to trade” with a disruption for each business that is “absolutely minimal and bearable, whereas in the past in Sixth Street a lot of businesses suffered badly, very badly. We can’t repeat that.”

How can that be done? “It’s a management function. You block off sections.” A lesson for the imminent Mall and CBD work in The Alice?

He says the management plan needs to spell out in the beginning the traffic restrictions, unloading zones, use of facilities, hours of trade, opportunities for using footpaths, signage.

“All those things need to be in black and white, not after the event, which is what we’re still doing.”